All major cruise lines have now canceled all voyages from the U.S. in November and December. The different lines’ announcements quickly followed Norwegian Cruise Line Holdings’ decision yesterday to cancel all voyages.

As the CDC lifted the No-Sail-Order last week, all cruise lines have been working towards the new regulations laid out. As these measures take significant time and include the need to make ‘mock’ voyages, it is no surprise that the cruise lines will need the added time to prepare for a safe return to cruising.

Royal Caribbean: Taking the next step and solidifying action plan

“Today’s announcement establishes a pathway for our ships to return to service, and that’s an important step in the right direction.”

“We will continue to work closely with both CDC and the Healthy Sail Panel as we make our plans, and we are confident in our ability to mitigate the risks of the pandemic and protect the health of our guests, our crew, and the communities where we sail.”

The company says it will use the time to prepare its ships and train staff on the new protocols.

The line had already canceled all voyages for Azamara Cruises until March 2021. The voyages onboard Quantum Of The Seas departing from Singapore will not be canceled as it looks now; however, these are only open to Singapore residents.

Carnival Corporation: “We look forward to welcoming our guests onboard.”

Carnival Corporation also canceled all voyages for all ships for the remainder of the year. The ships that remained were the Carnival Cruise Line ships planned to sail from Miami and Port Canaveral.

“We have developed and continue to update our enhanced health and safety protocols that are in the best interest of our guests, crew, and overall public health. Whenever we restart our cruise operations in the U.S., we certainly look forward to welcoming our guests onboard.”

While Costa Cruises is still in operation in Europe, AIDA cruises had already suspended its voyages earlier last week due to Germany’s lockdown.

MSC Cruises also announced a further extension of the pause on U.S. based vessels. Cruises departing from Port Canaveral and PortMiami onboard the MSC Meraviglia, MSC Armonia, and MSC Seaside are canceled until December 31, 2020.

The line offers guests that were booked a future cruise credit of 125 percent of the fare they originally paid. This allows guests to upgrade their cabins and add additional dining, beverage packages, and more.

Norwegian: “Will need 60-days to be operational”

CEO Frank Del Rio had stated earlier last month that it would take up to 60 days to prepare the vessels for operations.

It comes as no surprise that other lines are also following the same example, or had already done so earlier.

The cruise lines are all taking the necessary steps towards a safe cruising environment. Although the steps taken right now will be disappointing for those booked in December, the fact remains that the investments and steps cruise lines take today will benefit everyone. 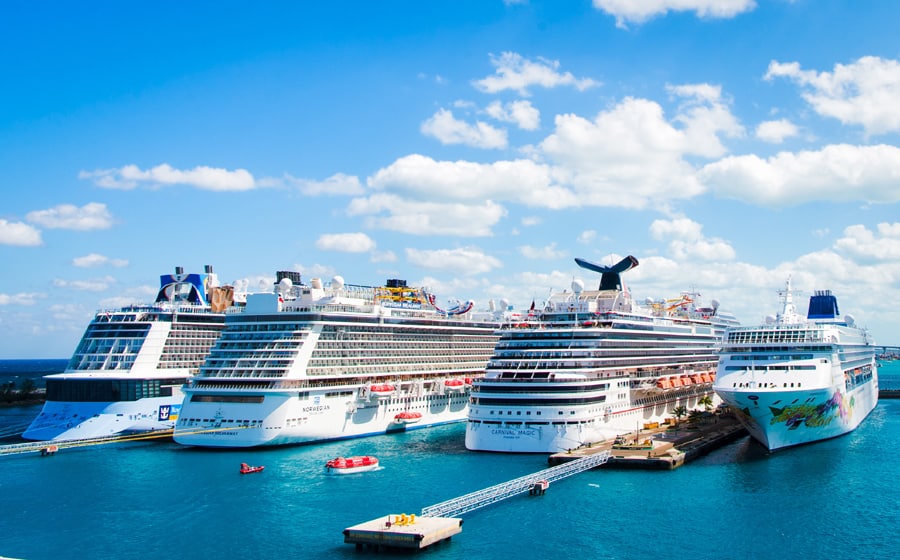