Starboard Cruise Services which is one of the world’s largest cruise line retailers has unveiled the stores of one of the newest cruise ships in the world so far.

Miami-based Starboard Cruise Services has revealed details about the stores on the 4,890 passenger Costa Venezia, the newest ship in the Costa Cruises fleet which just entered service.

The new Costa cruise ship which has been purpose-built for the Chinese market can boast one of the best shopping experiences at sea with an impressive line-up of brands including some at sea for the first time.

“We have strategically selected brands that represent the best in Italian designers cherished by Chinese shoppers to complement and enrich Costa Venezia’s onboard offerings. Starboard offers an innovative approach to the retail experience not previously seen by Chinese travelers.”

The official ribbon cutting ceremony for the Bvlgari dedicated boutique along with other luxury brands will take place when Costa Venezia is in Shanghai in May 2019. The ship will also be the first in the fleet to feature a Tiffany & Co store.

It gets even better with the Costa ship featuring the largest beauty space at sea. The beauty department will be 2,500 square feet and feature the first at sea Clé de Peau Beauté and Hermès and even Asian brands including Dr. Jart+, Sulwhasoo and The History of Whoo.

Starboard is taking the shopping the experience further in partnership with Costa Cruises by bringing the first ever Bvlgari Jewelry Show at Sea, just think of all that sparkle!

The general cruiser might not know about Starboard Cruise Services but they are a huge layer in the cruise industry and operates stores on cruise ships across major cruise lines including Carnival Cruise Line, Royal Caribbean, Celebrity Cruises, Norwegian Cruise Line, Dream Cruises and more.

The company has over 10 years of experience when it comes to cruise ships based in Asia starting with the Costa Allegra in 2006. They operate on a total of 9 cruise ships in Asia right now including Costa Venezia which will soon arrive in the region.

Even when the new Spectrum of the Seas arrives in China later this year guests will be walking into the shops from Starboard Cruise Services.

The 135,500-ton Costa Venezia was delivered from the Fincantieri shipyard in Italy to Costa Cruises on February 28, 2019, and the ship was christened on March 1.

On March 8 the new Vista-class vessel which is identical to those from Carnival Cruise Line will depart Trieste, Italy for its 53-day journey ending in Tokyo, Japan. The ship will be based out of Shanghai, China from May 18, 2019. 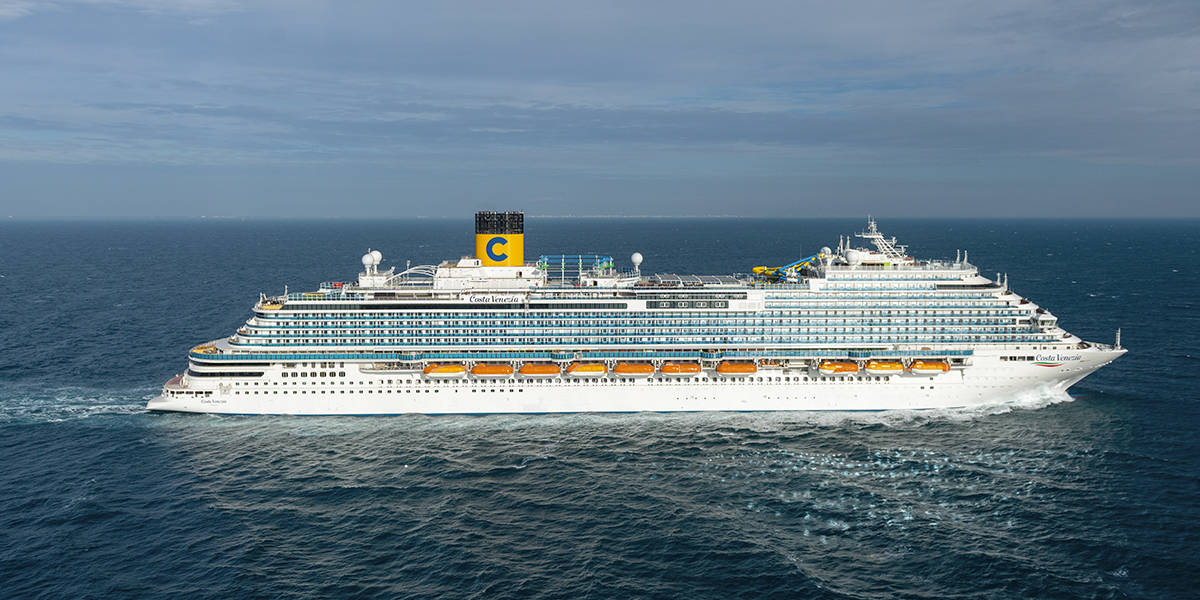