The ambassadors for the newest addition to the Princess Cruises fleet have been revealed.

The inaugural ambassadors for Majestic Princess have been announced. Yao Ming and his wife, Ye Li will name the purpose-built ship for the Chinese market at a ceremony held in China.

The inaugural festivities will take place aboard Majestic Princess in Shanghai on July 9, as the culmination of weeks of celebrations, upholding maritime traditions, as well as featuring traditional Chinese, contemporary Chinese, and western-inspired cultural performances that took place between Rome and Xiamen.

“It is a great honor that Yao Ming and Ye Li have graciously accepted our invitation to officially name Majestic Princess and serve as the Inaugural Cruise Ambassadors at our celebration welcoming our newest ship to China.”

“Yao Ming is globally recognized for his success in China and the United States, truly embodying the ‘East meets West’ spirit of our international cruise line.”

Yao Ming and his wife, Ye Li, were both born in Shanghai and were both team members of China’s national basketball teams. Yao Ming is an icon, one of the world’s best-known athletes, a global ambassador of basketball, an eight-time NBA All-Star, and most recently, an inductee into the NBA Hall of Fame.

Majestic Princess is currently sailing on her “Silk Road Sea Route” – a 49-day journey from Rome to Shanghai, retracing the ancient Chinese maritime Silk Road trade route. During the voyage, she will have visited a total of 22 ports including Athens, Dubai, Cochin, Singapore, Port Klang, and Xiamen before her arrival at Shanghai Wusongkou International Cruise Terminal. Majestic Princess will begin her first homeport season in Shanghai on July 11.

In 2018, two 14-day Grand Asia voyage sailings between Shanghai and Singapore, will be available to guests throughout the world on Majestic Princess. These sailings will visit Japan, South Korea, Vietnam and Thailand, including spending more time ashore on the late night call in Hong Kong. The first voyage departs Shanghai on February 25, 2018, with the second departing Singapore on March 11, 2018.

Princess Cruises will also call Australia home from September 2018 to March 2019. Majestic Princess will sail itineraries from Sydney and Auckland on voyages from 6 to 13 days in length, and will call in ports at destinations including New Zealand, Tasmania, Fiji and other islands in the South Pacific. 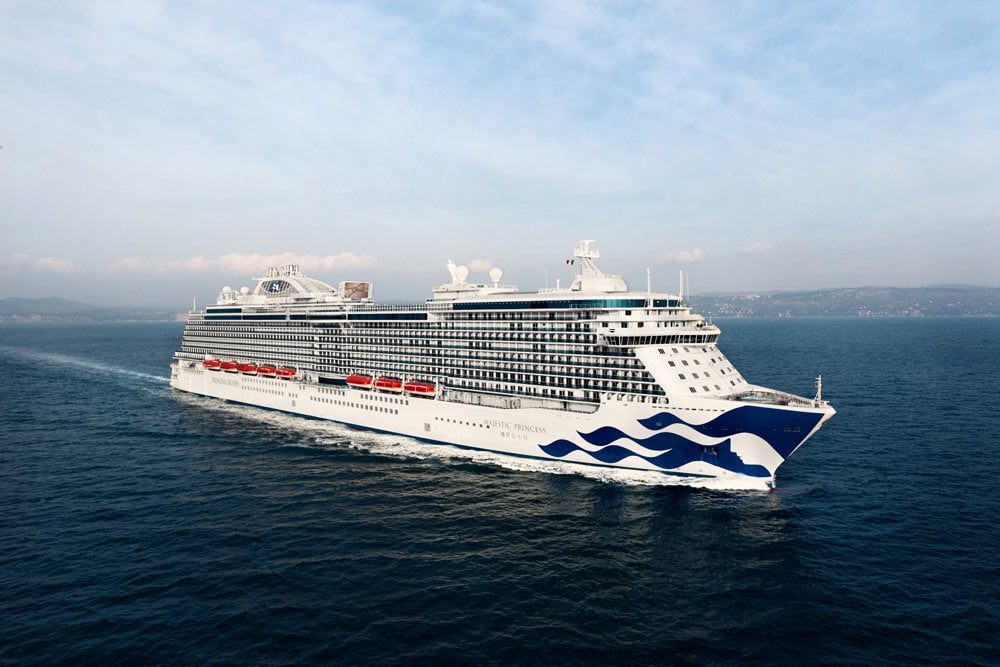