You can watch live P&O Cruises newest ship and the UK’s largest ever purpose-built ship. P&O Britannia will be named by Her Majesty the Queen on Tuesday March 10th at the Ocean Terminal in Southampton, UK.

After much rumor in previous weeks Royalty are to finally christen the 142,000 gross ton ship. On March 6th the vessel arrived at Southampton for the first time which was met by tug boats, parachutists and crowds of people flying the Union Jack high and proud. Britannia has spent the last few days showing off with special events showcasing all the new onboard spaces.

P&O Britannia will set sail on its maiden voyage on March 14th on a 14-night cruise calling at ports in Spain, France and Italy. The new vessel was built at the Fincantieri shipyard and carries 3,600 passengers. 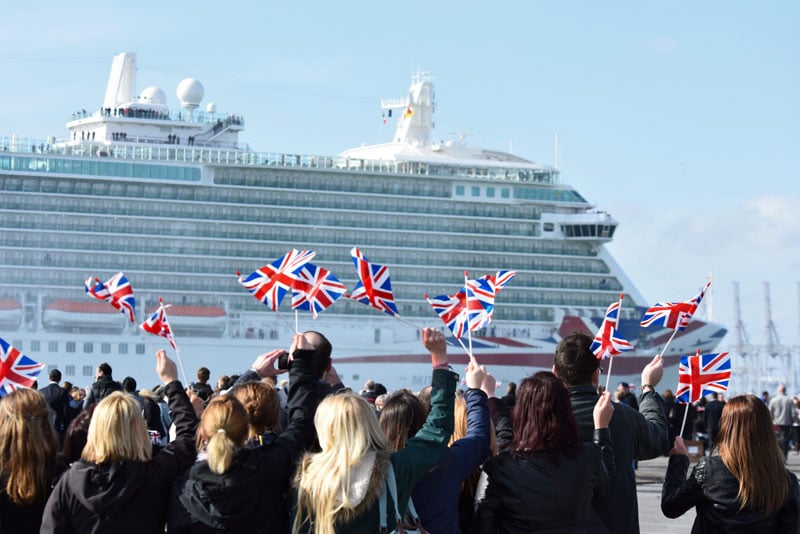