All Lirica Class MSC Ships To Get Massive Upgrades

Today MSC Cruises have announced new details on upgrading all of the cruise lines Lirica class cruise ships. It will be known as the “renaissance programme” and will cost almost 200 million Euros.

[quote_box_left]MSC Cruises’ Chief Executive Officer, Gianni Onorato, commented: “When our four Lirica class ships return to the seas after a total of 38 weeks in dry dock, they will be entirely new ships with additional amenities and comfort for our travellers, allowing them to reach sophisticated and refined destinations around the world.[/quote_box_left]

The Italian ship building company Fincantieri will be doing the upgrades in Italy which is a perfect fit as MSC does originate from Italy. Fincantieri is also popular for building many Carnival ships and its sister company ships.

So the ships which are included in the Lirica class and are to be having the Renaissance Program upgrade are the MSC Lirica, MSC Armonia, MSC Sinfonia and the MSC Opera. All the improvements are set to be completed by 2015.

[quote_box_right]Giuseppe Bono, Chief Executive Officer of FINCANTIERI, commented: “The winning of this contract is a source of great satisfaction to us in many respects. Above all, because it involves us with an important partner like MSC Cruises in a programme that is highly ambitious both technically and operationally. It also allows us to strengthen our position in the refitting and refurbishment segment, considered among those in continuous expansion.[/quote_box_right]

This will be a pretty big upgrade as all ships will be getting a brand new spray park featuring water cannons and water spray features. The Lirica class ships will also be having an extra 193 cabins which for sure will offer all the latest stateroom features and for the crew there will be an extra 59 new cabins. The gift shops will be improved with more space for shopping and a change in decor. The shops will also have more popular design brands for perfumes. MSC Cruises is sure to announce some more new features the closer the ships get to their dry docks. Talking about dry docks, lets see when each ship is getting the multi million euro upgrades:

And here’s some before and after statistics by MSC Cruises:

What do you think of the 200 Million Euro “renaissance programme” that MSC have announced? Will you book a cruise on a Lirica class ship even if you’ve already sailed on one before? Let us know in the comments below. 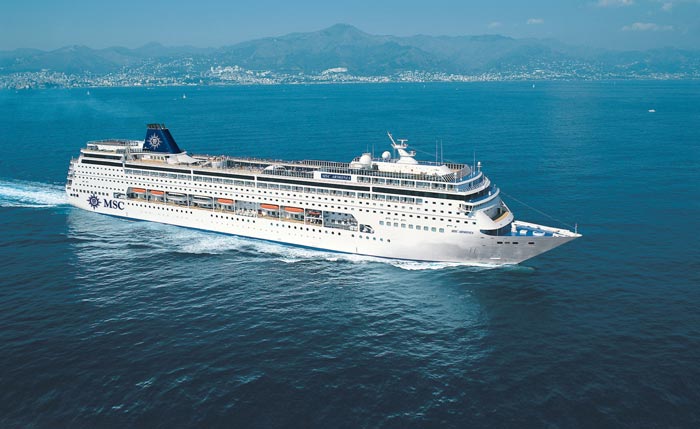