We are now at Part 5 of our Legendary Cruise Ships series and we're covering some well-known vessels including the Nordic Prince which was operated by Royal Caribbean. Find out what happened and how these ships ended up. 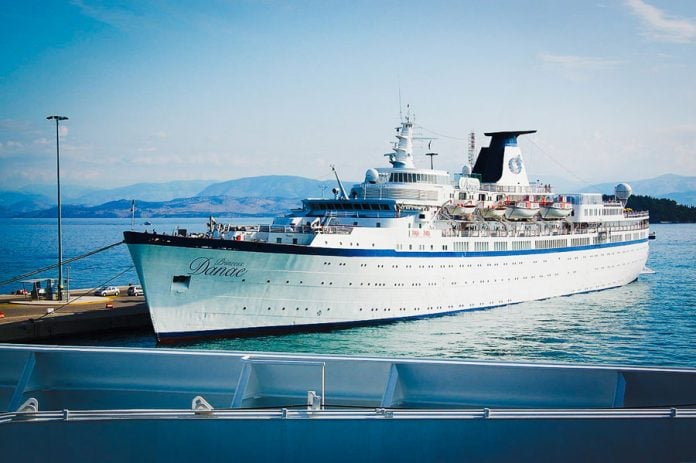 We continue our stories about the ships that we lost in the past ten years. And if you haven’t already then do read the previous Part 4 right here. Alternatively at the bottom of this article, you can browse through them all.

In 2015, several famous ships disappeared from the cruise world, including four ships with “royal roots:” princesses that have nothing to do with Princess Cruises – Palm Beach Princess, Prinsesse Ragnhild, Princess Danae, and the prince from Royal Caribbean, Nordic Prince.

Let’s start with the liner that we could mention in the last part. We talked about the vessel with an unusual name of Port Sydney that time. Now, we’ll recall her sister, Port Melbourne. The vessel entered service in 1955 as a cargo ship that could accommodate 12 passengers.

After 18 years of successful operation, Port Melbourne was sold. Her fate is a bit similar to her sister’s fate. Initially, there were ideas to convert the ship into a ferry. However, in the end, she was rebuilt into the cruise ship in 1974. Her new name was Danae.

Most likely you know her under this name. Danae became one of the legends of Costa Cruises in the mid-1980s. Costa chartered the ship in 1979. A few years later, the company bought her.

In December 1992, during a scheduled repair, a fire broke out on the vessel. According to some data, Danae was almost destroyed. She was sold for scrapping. However, by some miracle, she was rescued and repaired. Then she cruised for several years under different names, including Anar and Starlight Princess.

In 1996, she became a part of Classic International Cruises. Her new name was Princess Danae. She cruised under this name for almost 17 years.

At the end of 2012, the company went bankrupt, and her representative was detained at the port, and then put up for sale. After a while, Princess Danae was purchased by Portuscale Cruises. Her new name was Lisboa.

In the summer of 2015, Lisboa went to Alang. Former Port Melbourne was scrapped a year later than her sister.

In 1979, the ferry was rebuilt into the cruise ship. Now Ilmatar had a casino, a cinema, a swimming pool, a restaurant, and a lounge bar.

In 1980, Vesteraalens Dampskibsselskab (a Norwegian company with a long history) purchased the ship. The original name remained unchanged for several years.

In 1984, the ship got new owners. Her new name was Viking Princess. For almost 13 years, the ship operated sailings along the east coast of the USA and Mexico, then in the Caribbean. The ship’s owners changed several times during this period. However, there were no known cruise companies among them.

In 1997, the ship was renamed Palm Beach Princess. The vessel operated the so-called casino-cruises from Florida for a long time.

According to some sources, in the autumn-winter of 2009, there was a mechanical failure on the ship. Regardless, her cruises continued. Only after the threat from the US Coast Guard, the ship was sent for repair.

Almost immediately, in the winter of 2010, the ship was sold. Palm Beach Princess was supposed to become a floating hotel in Haiti.

This video is really horrible, especially if you know that it’s about the former cruise ship, albeit small.

Today we will talk about one more ferry, which became the cruise ship, Prinsesse Ragnhild. Prinsesse Ragnhild was built in 1981 in Norway for Jahre Line. The ferry operated sailings on the standard itinerary from Norway to Germany for more than 20 years.

In 1990, the famous company called Color Line purchased the vessel. Soon it was decided to improve the ferry. In 1992, Prinsesse Ragnhild was extended by 35 meters (115 ft). In 2003, there was another major refurbishment.

In 2008, Celebration Cruise Holdings purchased the ship. The new name of the ship, which is probably more popular than the previous one, was Bahamas Celebration. The ship successfully operated sailings in the Bahamas for six years.

On October 31, 2014, the liner hit an unidentified object while departing Freeport, Bahamas. The accident caused a hole in her hull. Bahamas Celebration came back to the port; all passengers were evacuated.

Though the hole was patched a few days later, she was still listing, and the company decided that there was no sense to repair her and she would be sent for scrapping. In fall 2015, Bahamas Celebration came to Alang.

A beautiful Royal Caribbean’s legend completes our story. Nordic Prince was the 2nd liner built for the young cruise line. She is the younger sister of Song of Norway, which we talked about in the previous article.

The vessel began operation in 1971. She served RCCL for almost 24 years. The Caribbean was the main itinerary, and Miami – the main port. Besides, Nordic Prince operated sailings in other directions and even round-the-world voyages.

In the mid-1990s, the liner could not compete with the newest RCCL stars, and in 1995, Prince joined Sun Cruises.

An interesting fact: a lounge around the vessel’s funnel was dismantled after the sale. Over time, this lounge became the hallmark of Royal Caribbean’s ships. Our heroine was named Carousel. The Mediterranean Sea became her new market (in the summer).

In 2010, former Nordic Prince joined Ocean Star Cruises as Ocean Star Pacific. In the fall of 2012, she was renamed Pacific. Apparently, her owners changed again. In February 2015, she came to Alang for utilization. That’s how the prince and several princesses ended their career.

Traditionally, we offer you to remember the liners that joined the cruise family in 2015: P&O Britannia, Anthem of the Seas, Viking Star, Mein Schiff 4, Norwegian Escape, AIDAprima, and others. 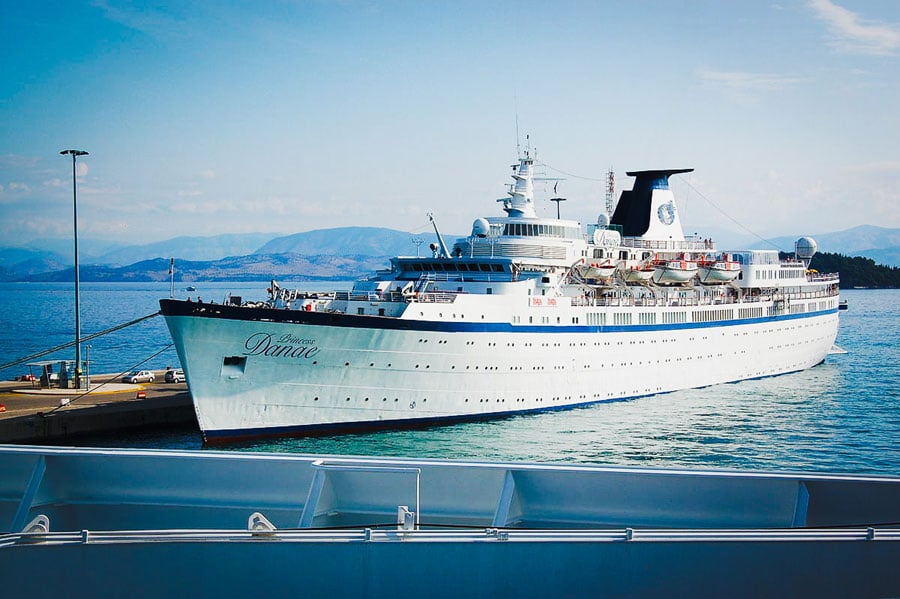