Part 4 of our hugely popular Legendary Cruise Ships series. We look at 2014 where we lost well-known vessels including Song of Norway and Costa Marina.

We continue the series of articles about the ships we lost in the last 10 years. We look at 2014 in part 4 where we lost some iconic cruise ships. If you haven’t already you can read Part 3 here.

The year 2014 became fatal for several famous liners, including the former cunarder and NCL’s member, Sunward II; the 1st liner of Royal Caribbean, Song of Norway; Cunard Countess; little known Port Sydney; another container ship that became a part of Costa, Axel Johnson/Costa Marina; another heroine of “The Love Boat,” Island Princess; the Soviet liner Lev Tolstoy, and others.

Our first vessel cruised as Coral for the last ten years. Before that, she bore the name of Triton for another decade. For the past twenty years, she was a representative of Celestyal Cruises (Louis Cruises), Epirotiki Line, and Royal Olympic Cruises. However, many people know this ship under a different name. Does anyone remember it?

Despite her unusual design, this ship is the famous representatives of legendary Cunard! Cunard Adventurer started operation in 1971 and spent about six years in the company. She was among the Cunard’s first liners in the 20th century whose name did not begin with “Queen” or did not end with “ia,” for example Carpatia, Saxonia, Ivernia, and others.

In 1977, Cunard Adventurer joined young Norwegian Caribbean Line. Further, this beauty was known as Sunward II. Sometimes she is considered a part of the legendary “white ships,” but some cruise historians rightly note that she can’t be equated with Skyward, Starward, and Southward since, unlike them, she was not built specifically for NCL.

After almost 14 years under the flag of NCL, the ship became a part of Epirotiki Line. We’ve already written about what happened next above. As a result, in January 2014, once one of the most atypical cunarders came for scrapping in Alang.

Have you ever heard of Port Sydney? Probably she is known to you as Daphne. Port Sydney was built as a cargo vessel in 1954. Almost in 20 years, she was transformed into the cruise liner. After that, Daphne operated cruises in the Mediterranean and Black Seas for several years.

Since 1979, Daphne cruised for Costa. Then she was transferred to the American and Caribbean directions. In the early 1990s, the liner left Costa.

After that, she was named Switzerland, Ocean Odyssey, Ocean Monarch, Hellenic Aid, Princess Daphne, and Prestige Cruises, Leisure Cruises, and others were among her operators.

She underwent several significant repairs. An interesting fact: in 2005, Ocean Monarch served as a hospital ship off the coast of Sri Lanka affected by the tsunami.

In 2012, the ship was arrested because of debts. The ship spent two years moored in Crete. After that, there were rumors that Daphne was sold for scrapping. The rumors were confirmed in the summer of 2014: Daphne beached in Alang.

One of the brightest representatives of the Soviet Union, the cruise ferry Lev Tolstoy, was built in 1981 in Poland.

After the collapse of the USSR, the ship belonged to Ukraine for some time. In 1995, the ship was sold. After that, she was named Natasha and Palmira. The Black Sea and the Mediterranean Sea were the ship’s main routes. 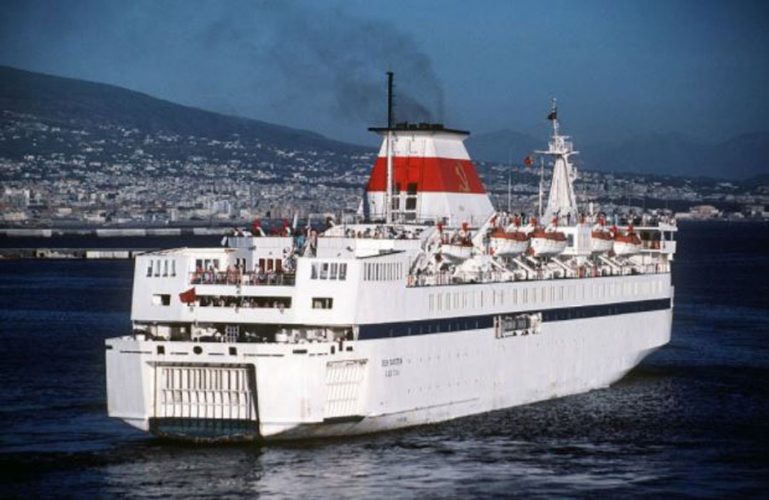 In 1999, Palmira was refitted at the shipyard in Poland. Two years later, The Jasmin (her new name) joined the fleet of Mano Maritime. For a while in 2007, the vessel cruised in the Red Sea as Farah. In 2007, our heroine became a part of EasyCruises as easyCruise Life.

In 2010, the former Soviet Lev Tolstoy was sold to India. Her new name was Ocean Life. In August 2014, Ocean Life came for scrapping in Aliaga, Turkey.

In 2014, the world lost another former cunarder, Cunard Countess. The liner took her inaugural sailing in 1976. She sailed under the Cunard’s flag for about 20 years. An interesting fact: during the Falkland War, Cunard Countess was requisitioned by the British authorities for half a year.

In 1996, the ship left the Cunard’s fleet. After that, she changed several owners and names.

Ocean Countess spent some time at the Chalkis S.A. Shipyard in Greece. It was rumored that she was getting ready to return to service by 2014. On November 30, 2013, there was a fire on the vessel, and it almost destroyed the former cunarder. In the spring of 2014, the ship went for scrapping in Aliaga.

Do you remember Costa Marina? She had a fantastic fate. She was built as the container vessel in 1969. Her name was Axel Johnson. BTW, she is the sister of Costa Allegra which we’ve talked about in the second part. Axel Johnson carried cargo for nearly 17 years.

In 1986, Regency Cruises purchased Axel Johnson. She was laid up for two years. In 1988, she was bought by Costa. She was rebuilt and became the cruise liner. In the summer of 1990, Costa Marina departed on her first cruise.

After almost 21 years in Costa, the liner was put up for sale. Costa Marina was transferred to Asia; her new name was Harmony Princess. And a year later, in 2012, she got the name of Club Harmony. According to some reports, the vessel spent most of the time being laid up, especially after the winter of 2013. In fall 2014, the ship came for scrapping in Alang.

We’ve moved on to two truly legendary ships the world lost in 2014: Island Princess and Song of Norway. Island Princess is a sister of Pacific Princess we’ve talked about in the last article. The ship was built in 1972 for Flagship Cruises and was named Island Venture. Just like her sister, in 1974, Island Venture became a part of the Princess Cruises fleet. Island Princess together with her sister starred in the popular TV show, “The Love Boat.” 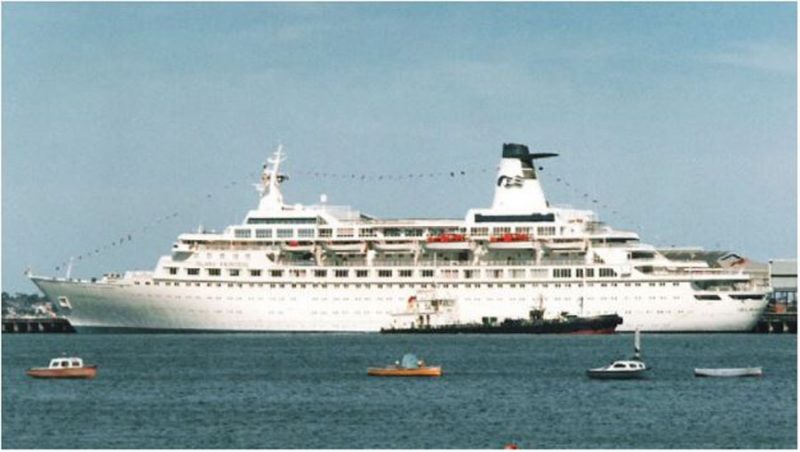 Then the fate pulled the ships apart. After almost 25 years of service, in 1999, Island Princess was sold to South Korea. She operated voyages to religious places as Hyundai Pungak. From 2001 to 2002, she was named Platinum.

During the next 12 years, this ship was known as Discovery. She was operated by Voyages of Discovery and, in 2013-2014, by Cruise & Maritime Voyages. In December 2014, the former star of “The Love Boat” came in Alang as Amen.

Song of Norway is the legendary liner from which Royal Caribbean began. She started operation in 1970, and she was not just the 1st member of Royal Caribbean Cruise Lines but also the 1st vessel built for it. An interesting fact, in 1978, the liner was extended by 26 m (85 ft), which increased her tonnage from 18,853 tons to 22,945 tons.

She served RCCL for more than 26 years! In 1997, Sun Cruises bought Song of Norway. According to some reports, one of the main reasons for the sale was the fact that the liner lost the internal competition to the newer and bigger RCCL members because, at that time, the ships of the Vision and Sovereign classes were already in service.

Under the new name of Sundream, she sailed for Sun Cruises for nearly seven years (until 2004). Over the next decade, the liner changed several names, including Dream Princess, Dream, Clipper Pearl, Festival, Formosa Queen, and others.

Besides, in 2006, the ship accommodated students who suffered during Hurricane Katrina in New Orleans. In 2008, she joined Peace Boat.

In 2012, China purchased the Royal Caribbean’s legend and turned it into a floating casino. In the fall of 2013, it became known that the vessel was sold for scrapping. In 2014, she was destroyed in China. According to some reports, she was the 1st representative of RCCL that was utilized.

Unfortunately, in 2014, the world lost really once-beautiful liners. However, we shouldn’t forget that we saw new ships in the same year, including Quantum of the Seas, Regal Princess, Norwegian Getaway, Costa Diadema, Mein Schiff 3, and others. It’s safe to say that some of them have already taken their place in the “History of Cruises.” 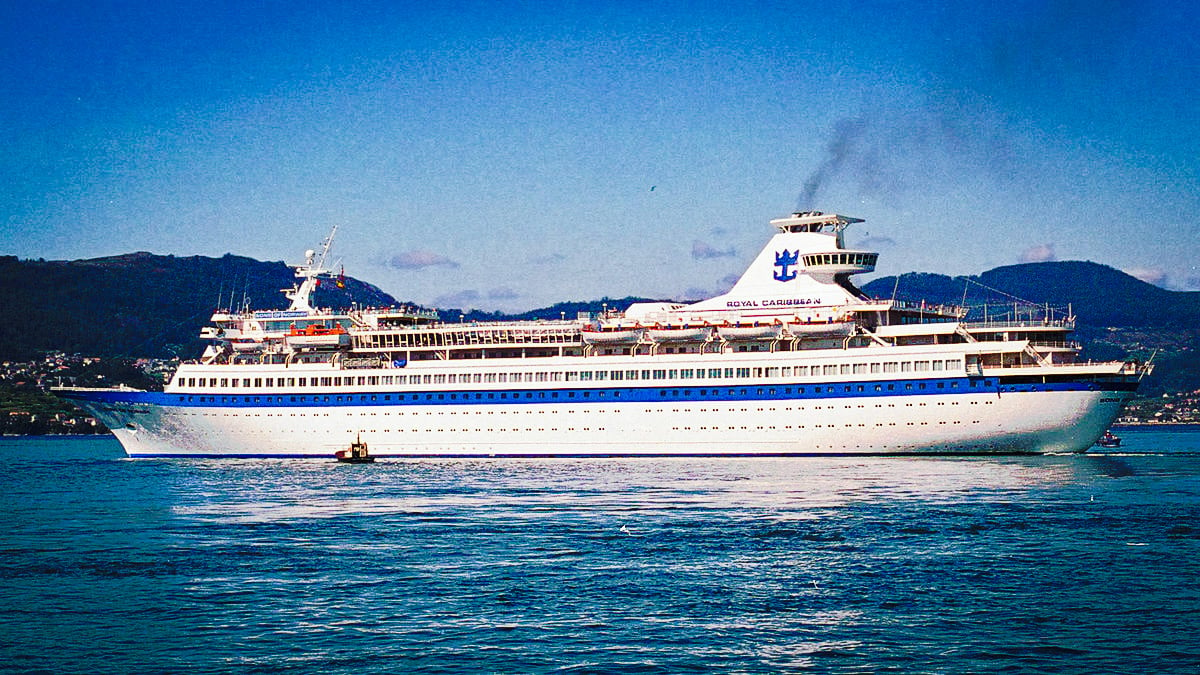