Royal Caribbean has announced the 70,000 gross ton ship will be leaving the fleet in March 2017. As long as the agreement goes through the ship will be sold to British based cruise line Thomson Cruises.

Legend of the Seas will be renamed TUI Discovery 2 and will be the sister ship to TUI Discovery 1 which was also purchased from Royal Caribbean. The Discovery 2 will begin sailing fro Thomson in May 2017 and deployed in the Mediterranean. The cruise line will be announcing the itinerary details soon which will go on sale from July 2016.

“We’re looking forward to welcoming TUI Discovery 2 to our growing fleet in 2017.  This new ship will offer something for everyone, helping to attract a broad and new customer base.  At the same time, we will ensure our cruise holidays maintain their friendly intimate feel, delivered by the friendliest crew at sea, not forgetting the focus we place on sailing to unique destinations that Thomson Cruises are well known for.”

Due to the departure of Legend of the Seas the Miami based cruise line has shifted some deployments and cancelled some sailings which also includes Rhapsody of the Seas and Vision of the Seas. Below are the details released by Royal Caribbean:

Rhapsody of the Seas will transition to Venice, Italy for the summer season. Sailings from Cape Liberty, New Jersey will be cancelled.

All those affected cruisers will be offered a full refund and the chance to book an alternative sailing which will include an onboard credit. Any airfare that needed to be changed will also be covered by Royal Caribbean.

Legend of the Seas was built-in 1995 and can carry 1,832 passengers at double occupancy. The vessel has just about sailed in all continents around the world and will continue to offer a great experience to the British market. 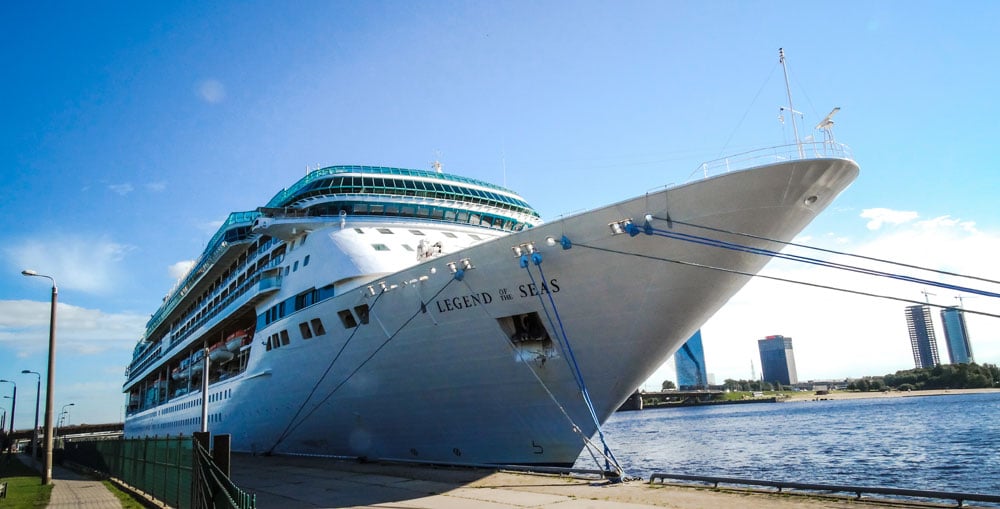