Latest Construction Photos of Royal Caribbean’s Wonder of the Seas

Some of the latest construction photos of Royal Caribbean’s Wonder of the Seas which will become the world’s largest cruise ship.

Wonder of the Seas Construction Photos

It’s time to stop thinking about the suspension of cruises and the grim outlook of the industry for the remainder of the year. Instead, take a look at what will become the largest cruise ship in the world, currently under construction in France.

A number of photos have been posted recently showcasing the much-anticipated Wonder of the Seas which will be the fifth Oasis-class cruise ship. She’s being constructed at the Chantiers de l’Atlantique shipyard in Saint-Nazaire, France.

As you can see in the most recent photos, one of the huge blocks below the bridge is being installed. It’s a complex process that is done for each block as the hull slowly becomes whole. Once all the blocks are together the focus will shift to outfitting all the interior spaces.

Once the ship is completed she will have a slightly higher gross tonnage than sister ship Symphony of the Seas which is currently the world’s largest cruise ship. The Wonder of the Seas is set to be around 130,000 gross tons with a guest capacity of over 5,500 at double occupancy along with more than 2,200 crew members.

In fall 2019 Royal Caribbean announced the Oasis-class vessel would debut out of Shanghai, China in Spring 2021. The ship will become the first Oasis-class to sail in the region and will no doubt be of great interest to the Chinese market.

However, due to the current global situation many new cruise ship deliveries have been delayed. Many shipyards have reduced workers and in some cases, only limited work has been done. No specific delay has been announced for Wonder of the Seas but it’s a possibility.

There are also some major construction milestones still to come for Wonder of the Seas including the ship floating out on to the water for the very first time, sea trials, and then of course the delivery from the shipyard to the cruise line next year.

Cruise Hive will be on hand to keep everyone updated on the fifth oasis-class cruise ship including any new onboard features. The cruise line has on order a sixth yet to benamed Oasis-class cruise ship scheduled for delivery in 2023. There are also three new Icon-class cruise ships taking Royal Caribbean into the new era of ships powered by Liquified Natural Gas (LNG). They will arrive in 2022, 2024 and 2025. 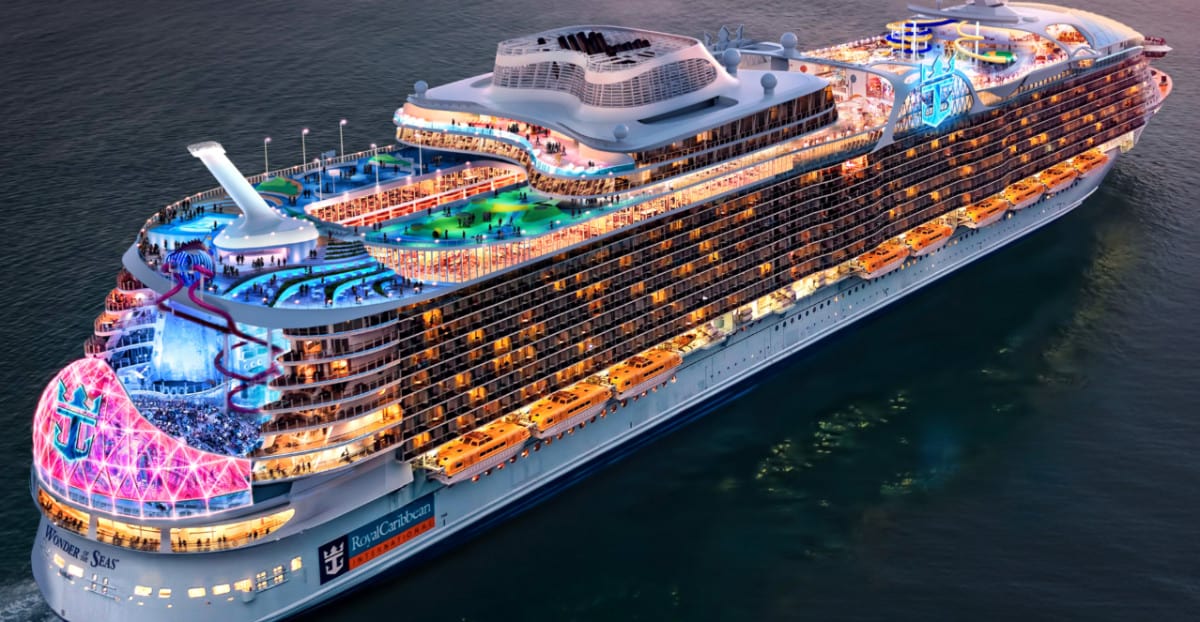