Latest Construction Photos of Harmony of the Seas

Royal Caribbean have released new photos from the construction shipyard of Harmony of the Seas in France.

Harmony of the Seas will become the world’s largest cruise ship once construction is completed in April 2016. Now the cruise line has teased us with some photos of the huge vessel being constructed at the STX shipyard in St Nazaire, France. The photos below show how the ship is coming together and shot during different phases of the build.

Royal Caribbean has also released some Panoramic shots showing harmony of the Seas under construction. You can see at how large the vessel is compared to the shipyard.

Harmony of the Seas will be slightly larger than sister ships Oasis of the Seas and Allure of the Seas at 227,000 gross tons. the upcoming ship will have a passenger capacity of 5,400 and will also feature large water slides located at the ship’s Sports Zone. Once the vessel enters service it will an Inaugural season from Barcelona, Spain. Then the large cruise ship will homeport at Port Everglades in Fort Lauderdale, Florida where popular Caribbean ports of calls will be featured. 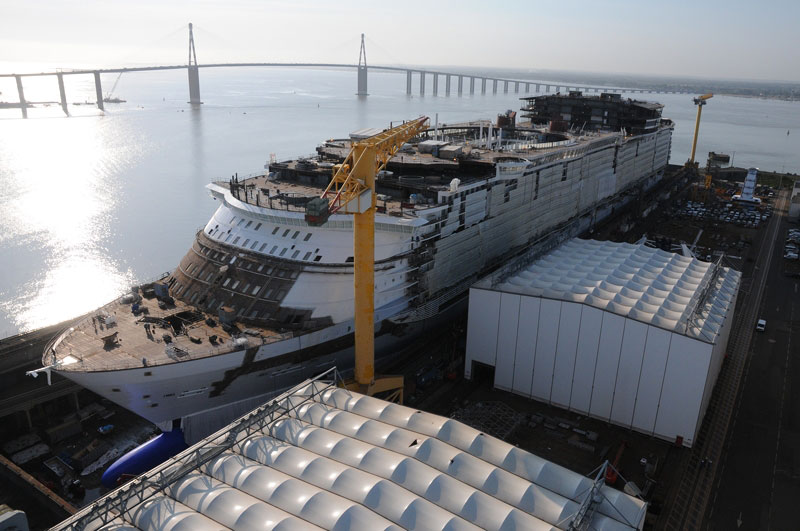