It has been a busy week for Carnival Cruise Lines. We look back at a week filled with postponements, three vessels canceled up to fall, a disappointing message from Christine Duffy for Carnival crew members, and an extension of a cruise ban in Australia.

Thankfully we also had some good news to report as Carnival Breeze sailed into PortMiami to start its preparations for the CDC’s new protocols and regulations.

On December 3, the unfortunate news came that all sailings for Carnival’s ships were postponed until March 1, 2021, at a minimum.

The Miami-based cruise line was previously planning on restarting cruises in February with limited ships from just three homeports. It did seem this would be the final delay, but unfortunately, cruising will have to wait a little longer.

Other news that came out of this? Carnival’s new ship Mardi Gras has been postponed until April 24. That the third setback for the ship but she will de be delivered from the Meyer Turku shipyard later this month, something to look forward to for sure.

Want to know what cruises Carnival has planned for March? Check out our guide for Carnival ships sailings as they are scheduled on their website at this moment.

A positive note this week between the less hopeful moments. Carnival Cruise Line is preparing to restart operations for 2021, and now the Carnival Breeze has become the second ship in the fleet to arrive back in Florida. Arrived at PortMiami on December 7 and joined Carnival Horizon which arrived towards the end of November 2020.

A lot needs to be done to make sure the resumption of cruises can be done safely, and the vessel follows the Centers for Disease Control & Prevention (CDC) requirements.

The vessel is currently scheduled to resume operations with a 6-day Eastern Caribbean cruise departing March 7 out of Port Canaveral, Florida. The ship is set to call at Nassau, Amber Cove, and Grand Turk.

On December 8, Cruise Hive reported about a message that was sent out to Carnival crew members and the news was not good. Carnival Cruise Line President Christine Duffy advised that crew get temporary or part-time work while waiting on the resumption of cruise operations.

Duffy said that she understands how anxious everyone is to return to work and that Carnival is doing everything it can to make that happen. The focus is on getting the ships back to U.S. waters, and 16 ships in the fleet are now following the CDC’s procedures on returning.

It will nonetheless have been a disappointing message for the thousands of Crew members that have found a second home onboard the Carnival Vessels.

With the Australian government extending its ban on cruise ships until March 17, 2021, Carnival Cruise Line has now followed. The Miami-based cruise line, which operates two vessels out of Australia, has extended its suspension through March 17, 2021.

The ban on cruise ships down under was previously to December 17, 2020, and there were calls to implement a Conditional Sailing Order just like the CDC in the U.S. but now, unfortunately, cruisers will have to wait even longer to enjoy a cruise vacation from the country.

Three Ships Delayed Up To Fall 2021

Carnival Cruise Line announced that three vessels will not return as planned and will instead wait until after work is completed during dry docks. This now means that Carnival Magic sailings are canceled through September 24, 2021, Carnival Paradise through May 31, 2021, and Carnival Valor through September 11, 2021.

Impacted guests will be contacted about their options, including a full refund or a Future Cruise Credit, along with onboard credit, depending on the cruise’s length.

We already knew the cruise ships would not be sailing on the initial restart in March 2021 along with the Carnival Radiance, which is still set to undergo a huge makeover in Cadiz, Spain.

So those are all the major Carnival cruise updates from the week. You can keep checking our dedicated news page on the cruise line right here as further details are announced. Carnival has currently suspended operations through February 2021 and until then we can start preparing on as vacation at sea after the first few months of the year. 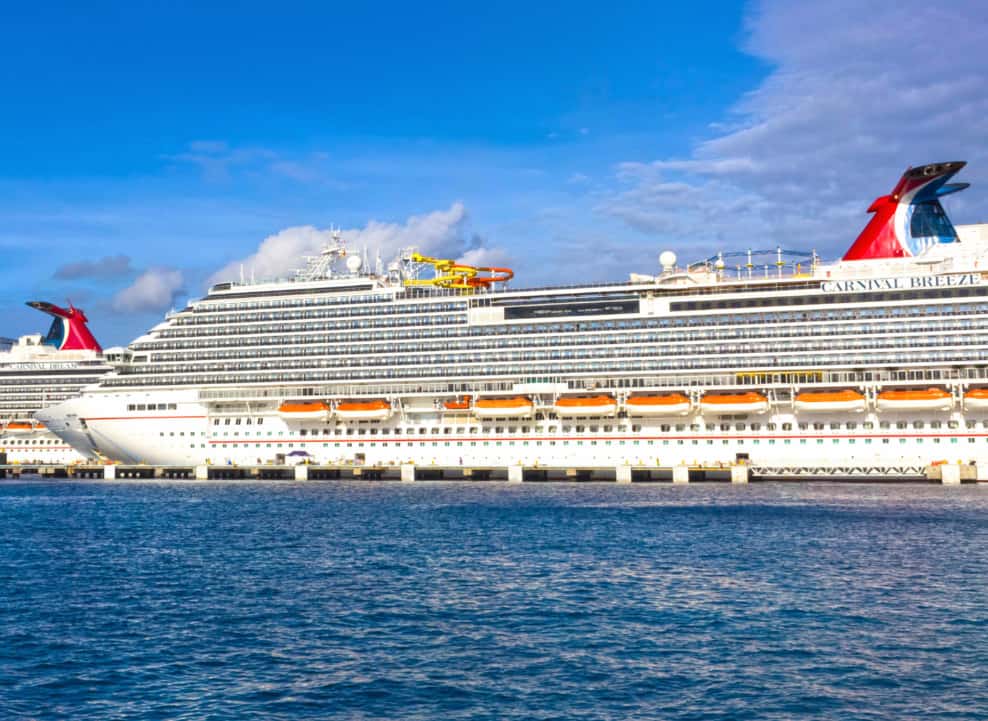