Royal Caribbean have announced that its oldest ship in the current fleet is to leave in 2016.

Majesty of the Seas which was built-in France in 1992 and has been a popular cruise ship for cruisers is to be off-loaded to Royal Caribbeans other branded cruise line. Spanish based Pullmantur will take control of the vessel in 2016.

Majesty of the Seas’ last 3-night sailing for Royal Caribbean International will depart on April 29, 2016. She will then enter dry dock before joining the Pullmantur fleet, allowing her to be tailored to fit Pullmantur’s brand standards and offerings.

“Majesty of the Seas has created wonderful memories for millions of guests, and we expect this record of success to continue as she transitions to Pullmantur,” said Richard D. Fain, chairman and chief executive officer of Royal Caribbean Cruises Ltd. “The vessel’s transfer is an excellent business opportunity for both Royal Caribbean and Pullmantur. We are fortunate that our mix of brands allows us the flexibility and opportunity to expand in key strategic markets.”

Majesty of the Seas will join it’s other Sovereign class ships including Monarch of the Seas and Sovereign of the Seas. Those ships now sail for the spanish cruise line since leaving the Royal Caribbean fleet.

‘‘The transfer of Majesty of the Seas will play an important role in Pullmantur’s Latin American growth strategy, and helps us become one of the most widely recognized brands in that market,’’ said Pullmantur’s president and chief executive officer, Jorge Vilches. “The additional capacity will help us meet the rising demand for Pullmantur’s distinctive Latin-style cruise holidays.”

Majesty of the Seas was built at the Chantiers de L’Atlantique shipyard which is now known as STX France. The 74,077-ton ship carries 2,350 guests (double occupancy) and 912 crew. Most recently, Majesty of the Seas was sailing year-round three- and four-night cruises from Miami, often visiting Royal Caribbean’s private island of CocoCay, Bahamas.

One French fan of Majesty of the Seas even built a mini version of the ship which you can read all about at our “Find Out Whats Different About These 3 Cruise Ships” article. 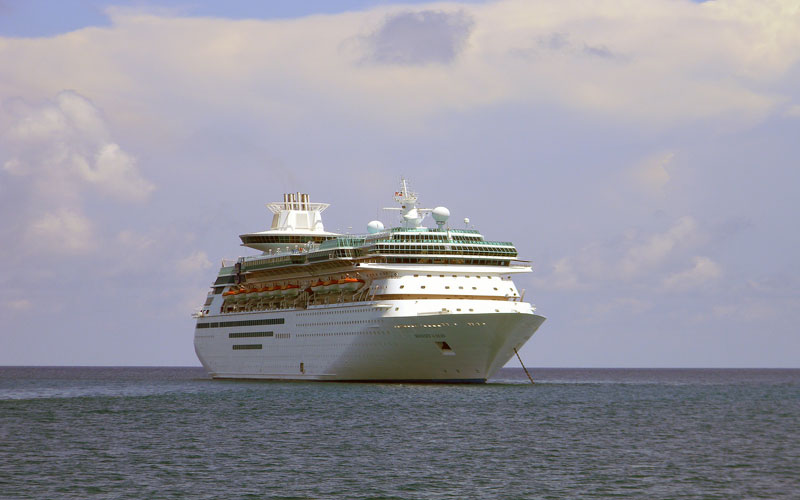