Largest Ever Cruise Ship for the UK Floats Out at Shipyard

The largest-ever cruise ship purpose-built for the UK market has floated out at the Meyer Werft shipyard in Papenburg, Germany.

P&O Iona has reached a major construction milestone at the Myer Werft shipyard in Papenburg, Germany. The ship which is owned by the Carnival Corporation and is purpose-built for the UK market is the largest for the country and for the British cruise line.

The complex process of the float out started at around midnight on the night/morning of February 14 and berthed at the nearby fitting out pier at around 3:30 AM. The funnel cladding was also added after that and the ship shall remain at the pier for further outfitting work on the interior spaces.

The Meyer Werft shipyard released a batch of photos of the new mega-ship before and during the float out:

The P&O cruise ship will undergo onboard trials before the very complex River Ems conveyance up to the North Sea where sea trials will take place in March. The new cruise ship is also making way for a large section of the future Odyssey of the Seas vessel for Royal Caribbean, that block will also move into the dry dock for further mainstream construction.

The large vessel is powered by Liquified Natural Gas (LNG) and is a similar design to new LNG ships from sister cruise lines including the Aidanova from German-based Aida Cruises, Mardi Gras which is coming in November 2020 fro Carnival Cruise Line, and the Costa Smeralda for Costa Cruises. There are even more of these new generation mega-ships on order by Carnival-owned cruise brands.

P&O Iona truly is a large cruise ship at 184,000 gross tons and measuring 344.5 meters in length along with a passenger capacity of 5,200. She will feature the very first distillery at sea where exclusive gins will be made, Snowflake Luxury Gelato, a central space on the deck called the SkyDome and many more fleet first features.

She will be based out of Southampton, UK with her Norwegian Fjords cruises kicking off on May 14, 2020. During the Winter season, the vessel will also be sailing to Spain, Portugal and the Canary Islands. 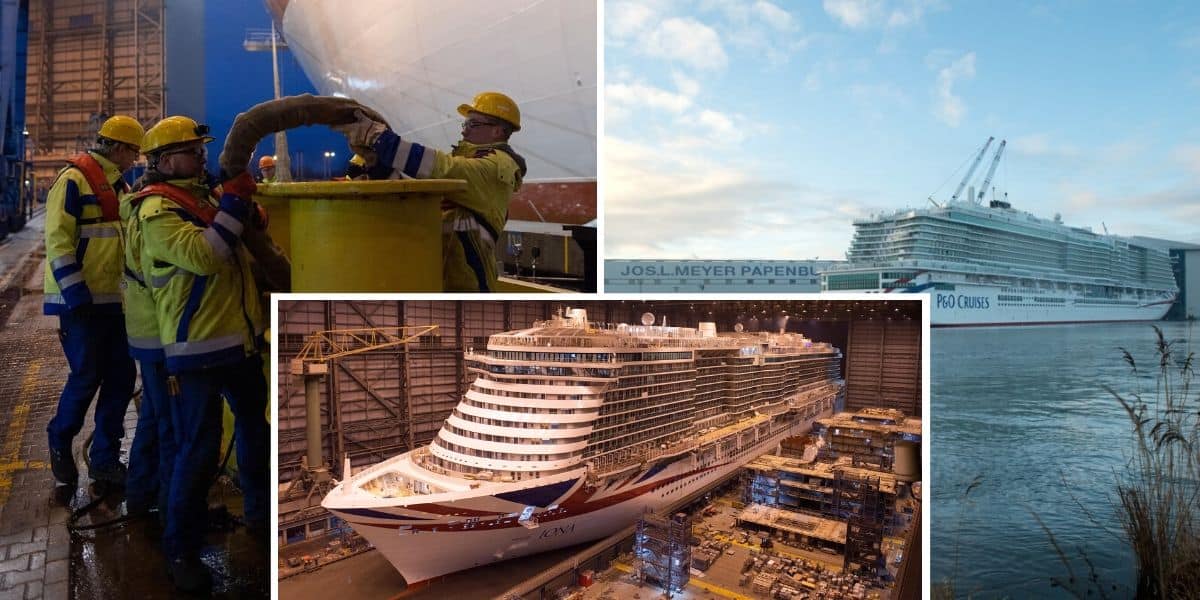