Large Spectrum of the Seas Block Floats Out

Watch a huge block for Spectrum of the Seas in preparation for a transit down the Ems river to the Mayer Werft shipyard in Papenburg, Germany.

The news on Spectrum of the Seas has been picking up recently and now Royal Caribbean has released a new video featuring the float out of one large engine block of the under-construction ship.

The large block which is just one of many is an engine part of what will become Spectrum of the Seas, the first Quantum Ultra class vessel which will join the Royal Caribbean fleet in 2019.

The block featured in the new video was built at the nearby Neptun Werft shipyard and it will be transferred onto a platform and makes its way down the Ems river in Germany to the Meyer Werft shipyard where the main block will come together.

As seen in the video a lot of preparation work is done before the block travels down the river. It will be a busy year for the future Royal Caribbean cruise ship, all the block will make the vessel as one, it will be floated out onto the water for the very first time and even more major milestones to come. The cruise line will also be releasing further details of the Spectrum of the Seas as we get closer to the ship’s completion.

The Royal Caribbean ship is being purpose-built for the Chinese market and was recently awards as most anticipated future cruise ship by Cruise Hive readers. Spectrum of the Seas will be 168,800 gross tons and be able to carry 4,200 passengers at double occupancy. The cruise line will announce further details on the ship as we get closer to its arrival. 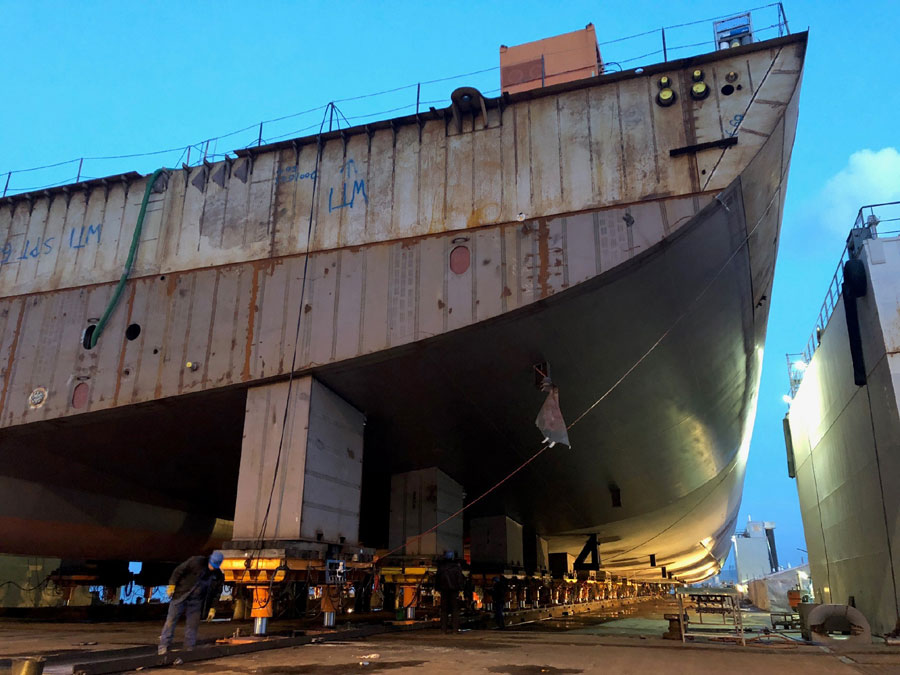