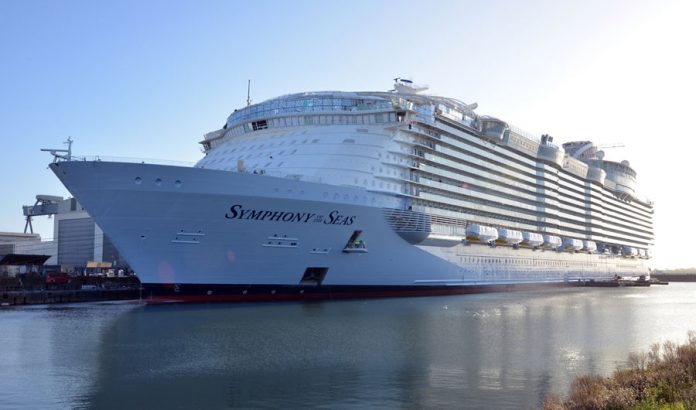 Royal Caribbean has released new photos of Symphony of the Seas which is currently under construction in France.

New construction photos have been released by Royal Caribbean of Symphony of the Seas which is the next new cruise ship to join the fleet in 2018. The cruise line picked a perfect time to release the photos just before Christmas!

The fourth Oasis-class ship is currently in the fitting out phase at STX France and as you can see the interior spaces are coming along nicely. You can see how far Symphony of the Seas has come by taking a look at the last batch of photos which were released at the end of November.

December 2017 Symphony of the Seas Photos

Symphony of the Seas Construction
1 of 6

The Royal Caribbean vessel will begin cruises from PortMiami in November 2018 after spending its inaugural Summer season in Europe. The ship will offer week-long cruises year-round from the South Florida port.

Symphony of the Seas will be 230,000 gross tons and once in service will be carrying 5,500 passengers.