It looks like COVID-19 is interfering again with cruise operations in Europe. After a successful restart in August this year and a reasonably successful couple of months, the Italian Government decided not to ban cruise ships after a divide between ministers.

This means that both Costa Cruises and MSC Cruises are still able to continue cruising in the country. After an upsurge in cases both in Italy, as in other countries in mainland Europe, the Government of Italy was last night expected to announce a ban on cruise ships and that was set to be announced today after prime minister Conte signed the law.

While many in Italy were expecting some form of lockdown in the coming days, with new cases now over 30,000 a day, the Government has now opted to increase protection measures with new lockdowns and rules but cruise operations won’t be shut down.

It was previously expected that all ships sailing under the Italian flag are suspended from operation from the moment the new law was to be signed. Cruises would have needed to finish by November 8. Italian flagged ships would need to disembark all passengers and crew according to a draft document from the Italian Government.

Ships sailing under different national flags would only be allowed to enter Italian ports for idle berthing. As it looks at the moment cruise ships are looking to remain safe as long as cruise lines keep in place strict health protocols.

The cruise ship details in the document draft yesterday looks very different to the official document released today. It mentions that cruises can still operate with strict health measures in place. There are restrictions depending on where cruise passengers have traveled and some regions in Italy are more restricted than others.

At the moment Costa has three cruise ships sailing in Italy and the Mediteraenan including Costa Diadema, Costa Deliziosa, and Costa Smeralda.

MSC Cruises has also continued to operate its cruises from Italy, and on October 19, the line’s second cruise ship, the MSC Magnifica, returned to service. This ship was offering 10-day cruises from Genoa combining ports in Italy and Greece.

Both lines have been successful in developing and implementing measures that all but guaranteed a safe sailing experience. Contrary to what many had thought would happen, the lines managed to sail without any significant outbreaks on board.

Costa Cruises did have one case onboard where eight people were infected; however, the voyage was quickly canceled, and all passengers, which were part of a French charter, were taken off the vessel.

So far, there has been no news on any cruises in Greece being canceled or postponed. TUI Cruises, the owner of Mein Schiff,  has been sailing cruises to the Greek Islands and these voyages are still for sale on their website. 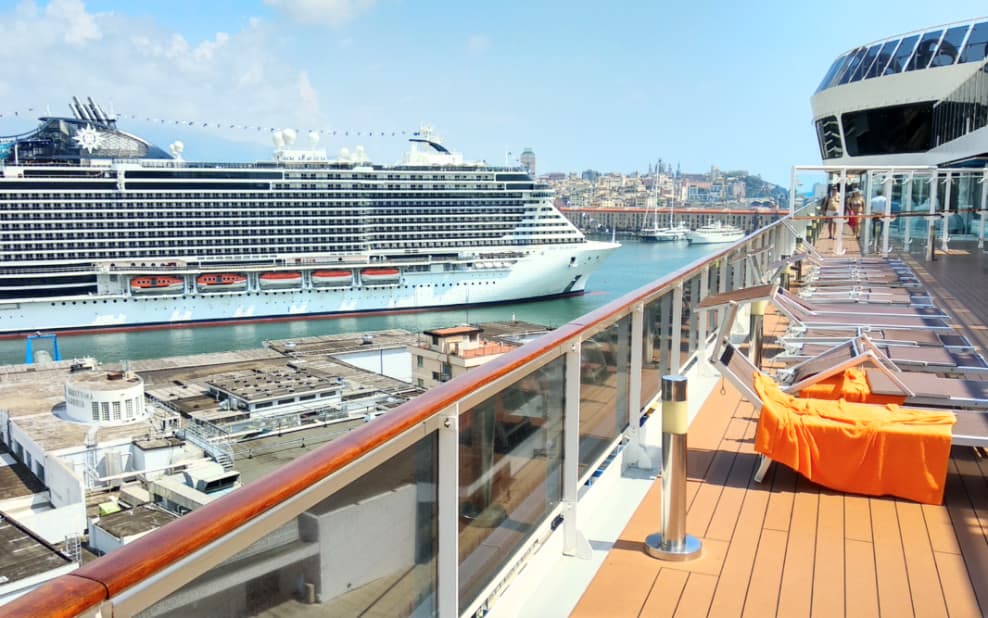