Latest USPG inspection reports for Carnival Vista, Carnival Breeze and, Carnival Triumph which they all failed. 22 other Carnival ships passed with three receiving full scores in 2017.

Carnival Cruise Line has been in the news again recently for all the wrong reasons. Three of the cruise line’s ships have recently failed USPH inspections and one of the ships is the newest in the fleet. The Carnival ships in question are Carnival Triumph, Carnival Breeze and Carnival Vista which we’ll detail one by one in this post.

First, let’s just tell you what all these USPH (United States Public Health) inspections are all about. They are conducted by the Centers for Disease Control and take place on cruise ships calling at ports in the U.S. The inspections take place unannounced when the ship is docked at a U.S. port twice a year and many aspects of the vessel are looked at related to sanitation, hygiene, and general public health.

This Carnival cruise ship is the newest in the fleet and joined in 2016 so you would expect it to pass inspections. Sadly it didn’t when CDC inspectors went onboard last month announced. The vessel received a score of 79 which is under the pass mark of 85 and meaning there were issues found related to sanitation and other things on the checklist.

In the report by the CDC there were several violations onboard related to medical records and reporting, food preparation and more but what kept coming up is the violation found at the Deck 9 crew hallway and cabin. Found here was “several containers and trolleys of food equipment, utensils, spices, potentially hazardous food items, raw produce, and decorations to a crew cabin hallway and a crew cabin in order to avoid inspection by VSP staff.” Obviously, this wasn’t the crew’s fault but their supervisor or someone higher up.

There was a major effort to hide all of this away from the inspectors, Carnival will no doubt learn from this and make sure procedures are followed correctly so that the Carnival Vista doesn’t fail again in the future.

Carnival Vista is based out PortMiami, Florida and offers Caribbean cruises. The ship is 133,500 gross tons and can carry over 3,900 guests at double occupancy.

This ship also failed USPH inspections which took place on December 10, 2017. Just like Carnival Vista, the CDC released a report on the violations done. The Dream class vessel received a score of 77 which isn’t good at all. Issues found included food waste found overflowing next to food transport areas and a wide range of problems related to food preparation areas.

Carnival Breeze is based out of Galveston, Texas and sailing 7-day Western Caribbean cruises. The ship is 130,000 gross tons and can carry over 3,600 guests at double occupancy.

Carnival Triumph has been in the news a lot recently, just yesterday we posted some great news the Carnival cruise ship will be offering a wide mix of new itineraries including New York in 2019. The bad news is that Carnival triumph also failed recent USPH inspections. The ship received a score of 78 when CDC inspectors arrived unannounced on November 11, 2017.

Violations were found in food preparation areas and the ship’s galley. You can read the report here for all the details. It is important to note that most of the violations weren’t major and many issues were just small mistakes made by hard-working crew members.

Carnival Triumph will undergo a major refurbishment in 2019 so expect the ship to get some much-needed attention with new features and enhancements. The Carnival cruise ship is 101,500 gross tons and can carry over 2,700 guests. The ship is based out of New Orleans offering cruises to Mexico in the Western Caribbean.

It is important to remember that even though these Carnival ships failed CDC inspections the other 22 vessels passed in 2017. Carnival Elation, Carnival Inspiration, and Carnival Valor all received full scores of 100 which is really impressive. Carnival Pride is the most recent in the fleet to undergo the USPH inspections on January 3, 2018, and the ship got a score of 95. 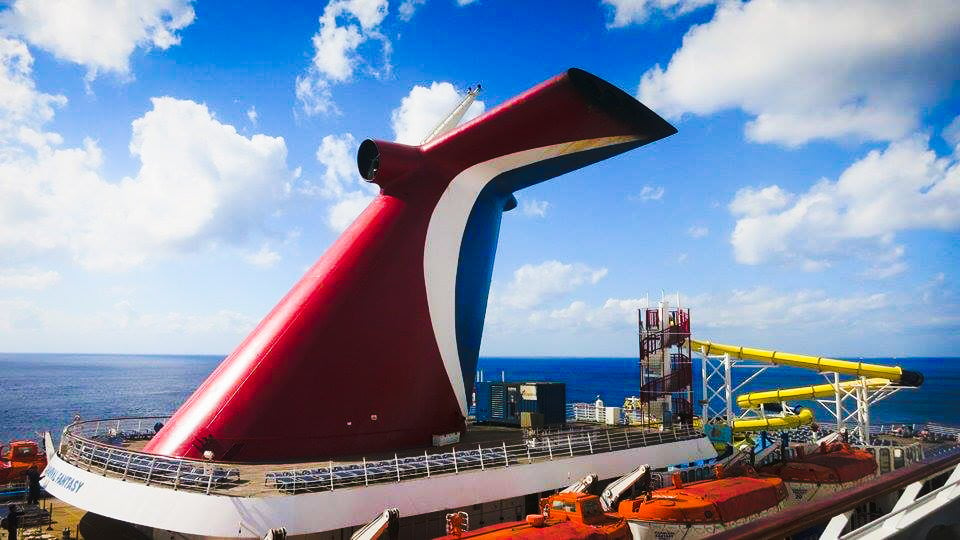