If You Missed It: Watch Anthem of the Seas Float Out

Just in case you missed it then you can watch the video above of Anthem of the Seas floated out at the Meyer Werft Shipyard in Papenburg, Germany.

The video shows highlights of the milestone event as the Royal Caribbean ship begins it;s next phases of construction before it’s delivered to the cruise line in April 2015. After a delay the 168,700 ton vessel soon arrived at its dock with many people watching along the shore banks on Saturday Feb 21st.

Anthem of the Seas will be one of the most innovative cruise ships ever to enter the market and will be sister ship to Quantum of the Seas which made it’s debut in 2014. 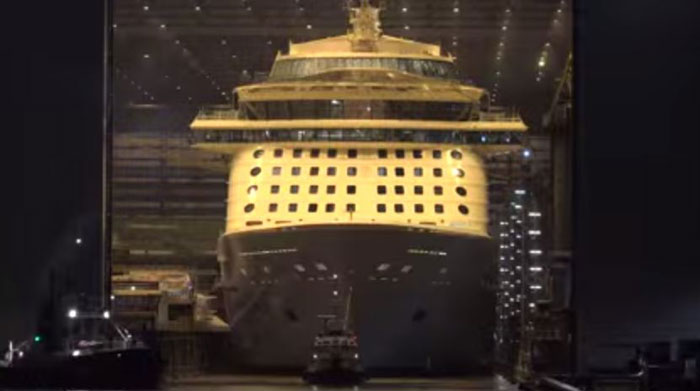