This is just what we need! Something to get us all excited about cruising once again with the iconic Queen Mary 2 being featured in a new HBO Max movie that stars Meryl Streep and directed by Steven Soderbergh.

Well of course they will choose the Queen Mary 2, the flagship of the Cunard fleet and one of the most iconic vessels in the world. She’s the ship that’s featured in the new HBO Max movie directed by Steven Soderbergh and starring the one and only Academy Award-winning Meryl Streep.

Streep’s character, famed novelist Alice arrives at the Brooklyn Cruise Terminal in New York and embarks on the grand ocean liner as a special guests of the cruise line’s enrichment program.

“We were absolutely delighted when Steven Soderbergh approached us to film his next feature on board Queen Mary 2.”

“While  Cunard and our flagship are accustomed to hosting luminaries from all over the globe, it was quite something to welcome Steven, Meryl, Dianne, Candice, Lucas and Gemma for this very special and unique opportunity. We are very excited about the film, its witty and engaging story and how lovingly Steven captured the essence of our flagship and the Transatlantic Crossing experience.”

The majority of the movie is held aboard the Queen Mary 2 and filming was actually done on a real transatlantic voyage before the pandemic hit and Cunard suspended operations. Many guests also had the chance to become extra in the movie and many of the ship’s beloved spaces were used including Art Deco Commodore Club, the Queens Grill suites and dining room, the Royal Court Theatre, and the 9,000 volume library.

You can watch the trailer below:

When and Where to Watch the Movie?

So “Let Them All Talk” will start streaming on HBO Max on December 10, 2020. That’s the only way you can watch it as it’s not available on any other well-known streaming services.

The vessel is unique and the only class of its kind which first entered service as the world’s largest cruise ship/ocean liner in 2004. She’s over 149,000 gross tons and has a guest capacity of over 2,600 at double occupancy along with over 1,200 crew members.

She’s currently on hold in UK waters until cruises can safely resume in 2021. All departures are cancelled for Queen Mary 2 through May 28, 2021. 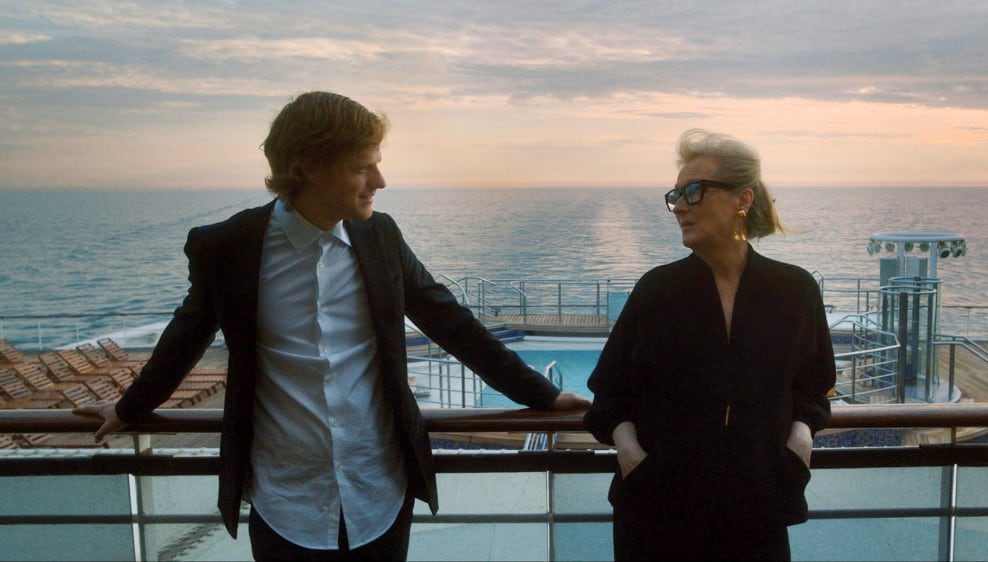