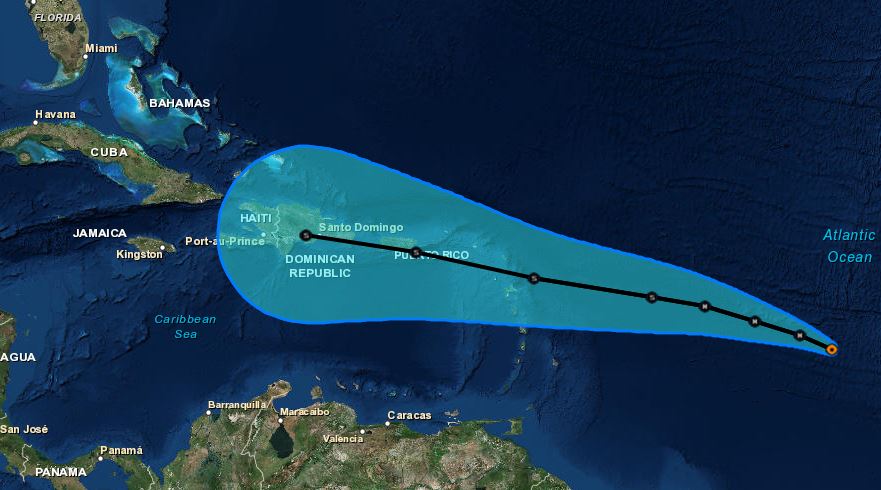 Carnival Cruise Line has adjusted Carnival Glory’s itinerary departing on August 22nd due to Hurricane Danny that is hitting the eastern Caribbean including popular cruise ports. The ship will sail a western Caribbean cruise instead including calls at Grand Cayman, Mahogany Bay in Roatan, Belize and Cozumel.

Royal Caribbean has posted on its site that two cruise ships will have adjusted itineraries due to Hurricane Danny. below are the details from the cruise line:

Oasis of the Seas will not be able to call to the Eastern Caribbean ports of call as originally scheduled. Instead, the ship will sail to Costa Maya and Cozumel, Mexico, in an effort to try to find sunny skies and the calmest seas possible. Adventure of the Seas – Hurricane Danny has been forecast to pass directly through the Lesser Antilles and Eastern Caribbean. Due to the path of the of the storm, Adventure of the Seas will not call on St. Johns, Antigua, Castries, St. Lucia and Bridgetown, Barbados this weekend.

The first Hurricane of the 2015 Atlantic season has formed and it’s heading straight for the Eastern Caribbean.

Danny is a category 1 Hurricane which is threatening cruise operations in the Eastern Caribbean. The good news is that the Hurricane is not a category 5 which is the strongest and is not expected to strengthen. The National Hurricane Center has posted that Danny is heading West-Northwestward over the Atlantic Ocean. Maximum sustained winds are 80 mph and is moving at a speed of 10 mph towards the Caribbean.

On Saturday, August 22nd Danny is expected to weaken and at the moment there are no coastal warnings in effect. Cruise Lines will be keeping a close eye on the Hurricane incase any cruise ship itineraries will need to be adjusted. As far as we know there are no itinerary adjustments and Cruise Hive will keep readers informed on any new developments.

According to our Hurricane Tracker Danny will become a Tropical Storm on Sunday and could still cause disruption. Caribbean cruise destinations to keep watch are Antigua, Saint Kitts, British Virgin Island, US Virgin Islands, Puerto Rico and Dominican Republic.