The second Hurricane of the season has formed in the Pacific ocean not far from the west coast of Mexico.

Hurricane Christina is a Category 1 Hurricane but that could change over the next day or so. The current maximum sustained winds are 75 mph but the good news is that the storm is heading north-west away from the coast of Mexico and deeper into the Pacific ocean.

As Hurricane Christina heads north-west at 6 mph it could possibly become weaker as temperatures get lower. Cruise Hive will post alerts if there are any sudden changes.

At this time there are no cruise ships reported to be effected and no itinerary changes. By Monday morning NOAA which is the National Hurricane Center is predicting that the storm will become a tropical depression. 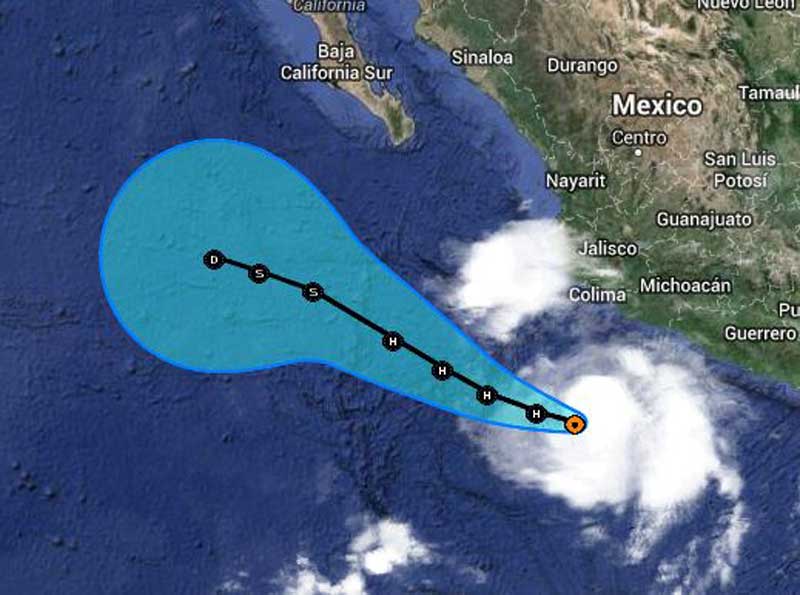