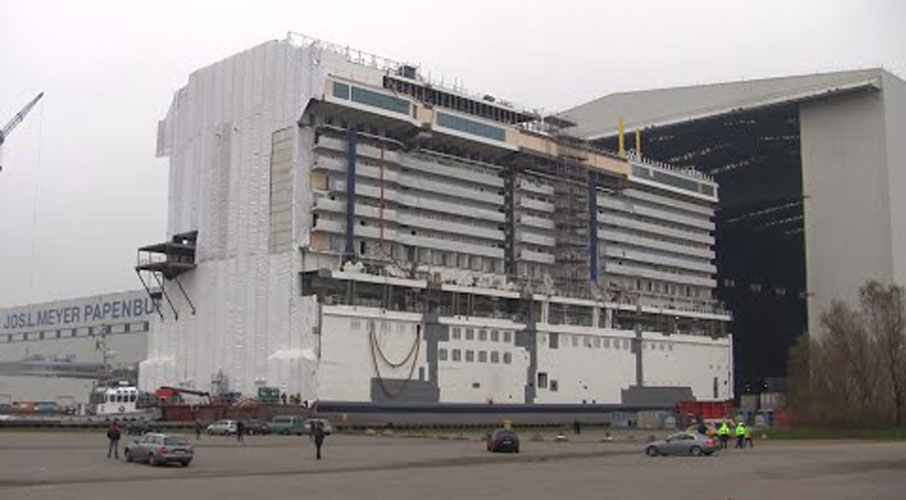 The Norwegian Escape has only just managed to get through the entrance of its shipyard on Friday December 5th at the Meyer Werft shipyard in Papenburg, Germany.

As you can see from the video footage the large block was floated out of the construction yard for the first time and it was done inch by inch. The operation began in the early hours of the morning and it only just managed to get through. At times it was moving so slow it didn’t even seem like it was moving at all!

All the blocks are set to come together to make up the Norwegian Escape which will be the first Breakaway Plus vessel for Norwegian Cruise Line. There will also be a second sister ship built named Norwegian Bliss at the same shipyard.

When a major construction milestone is made at Meyer Werft there is often local cruise enthusiasts who head to the banks of the river to record or watch the process. Recently Royal Caribbeans Quantum of the Seas was the star of the shipyard but that ship has now entered service.

Norwegian Escape will be 164,600 gross tons and will carry over 4,000 passengers. It’s scheduled to be built by October 2015 and Once completed shall be sailing from the worlds busiest cruise port in Miami, Florida.