The bow of the second Carnival Vista class cruise ship hit water for the first time today. At a Fincantieri shipyard near Naples, Italy a very unique moment occurred, it reminded us of the when the grand old European ocean liners were launched in the past.

Not everyday we get to see a large part of a cruise ship sliding down and hitting water for the very first time. The dramatic moment was posted by Carnival Cruise Line and hosted by Peter Gonzales. The block which floated out is 1 third of the Carnival Vista 2.

Watch as workers prepare for the launch:

CEO of Carnival Cruise line, Christine Duffy attended the ceremony to launch the ship along with cruise line and Fincantieri staff. Once the ship was released it ran down the ramp and into the water for the very first time.

Watch as Vista 2 hits the water:

The large block will now be taken on water to join other parts of the second Vista class ship at the Fincantieri shipyard in Monfalcone, Italy. The ship will be hitting some major milestones through the year before it’s finally completed in early 2018. Just yesterday Cruise Hive reported the ship will be sailing in Europe when it first enters service. 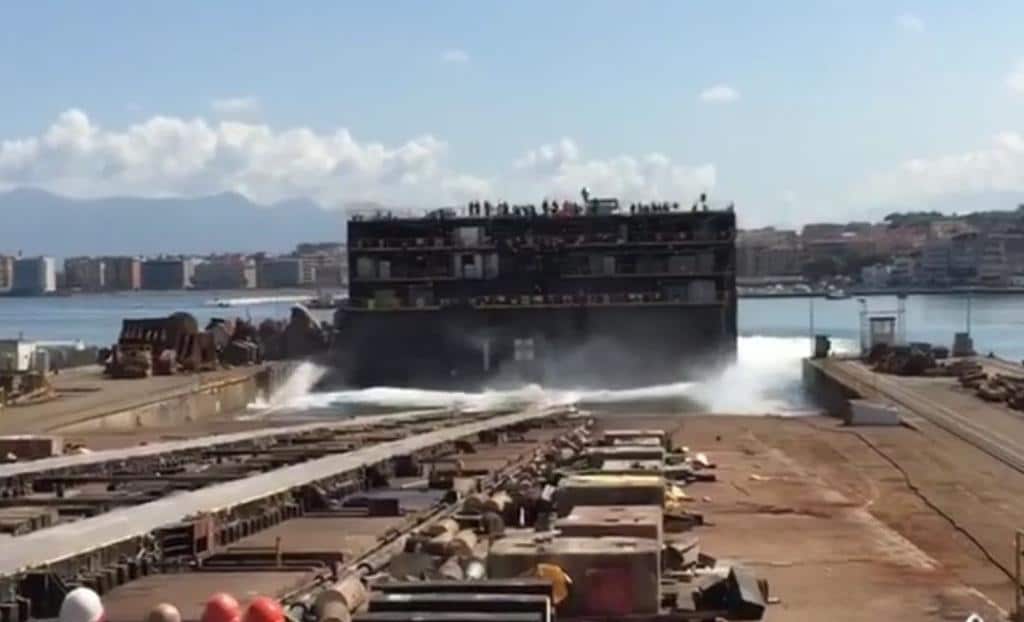