How Carnival Vista’s IMAX Screen Will Be Installed

Carnival Cruise Line has posted the 5th episode in Carnival Vista’s behind the scenes series which is hosted by Peter Gonzalez. In this latest episode, Gonzales and his crew are yet again at the Fincantieri shipyard in Monfalcone, Italy. Carnival Vista is currently under construction where thousands of pre-fabricated staterooms are being installed and protected at the shipyard.

The episode named “Sunsets and Silver Screens” also gives us an idea at how complex constructing a cruise ship can be. Everything needs to be planned and organized well in advance which seems to be a lot of work for key personnel involved.

One of the highlights is how the 3-deck high IMAX screen will be installed on the Carnival Vista. The screen will be put together by 3 panels weighing a total of 7,300 pounds. The hull will be cut so that the panels can be installed in the first ever IMAX Theater at sea. The Theater is part of the Carnival Multiplex that also includes the Thrill Theater, a multi-dimensional cinema experience, and a concession stand. We also get to see what the 182 seat theater looks like before any of the interior starts to take shape.

You can watch the latest Episode 3 below:

Carnival Vista will be delivered in April 2016 with a European debut in May 2016. The vessel will be 133,500 gross tons, making it the largest ever Carnival Cruise Line ship.  The ship will begin its Sea Trials in January 2016. After the ship’s inaugural season in the Mediterranean it will sail six and eight-day Caribbean cruises from Miami, Florida all year round starting from November 2016.

3,936 passengers will be able to enjoy all the latest features Carnival has on offer along with enhanced FUN 2.0 spaces, first IMAX Theater at sea, Havana Bar & Pool along with the first-ever SkyRide, suspended high above the ship with ocean views. 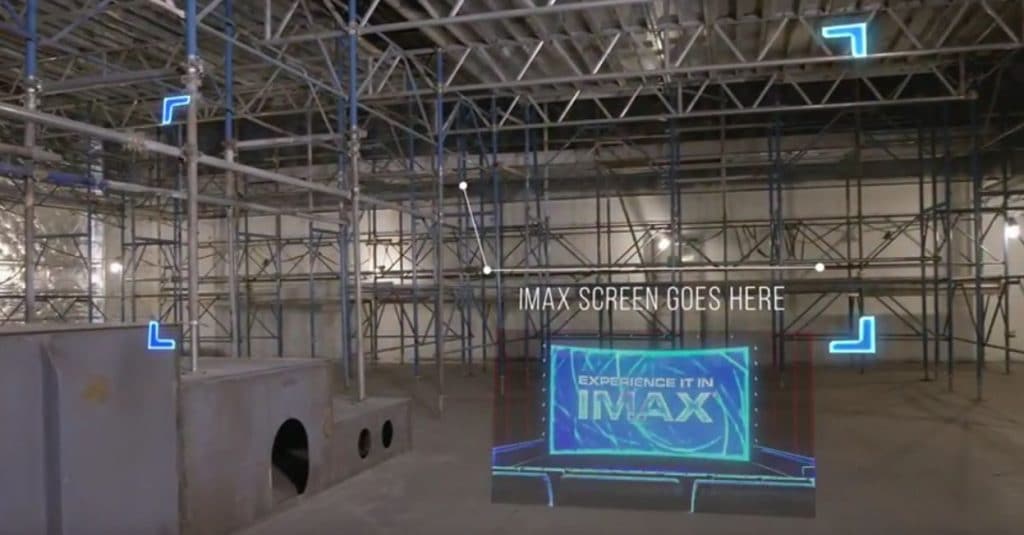