A recent video was posted on YouTube which showed five cruise ships tendering in the Caribbean. The views are stunning and it just reminds me one of the reasons why I like cruise ships so much.

Not much detail was provided with the video which you’ll get to drule over below. What we do know is five cruise ships are tendering in George Town, Grand Cayman very recently. One of the ships in the video is the Nieuw Amsterdam operated by Holland America Line. The large vessel last called in Grand Cayman on April 5 along with Carnival Freedom, Carnival Vista, Brilliance of the Seas and Pullmantur Monarch.

Grand Cayman is a popular Caribbean port of call where cruise ships have to tender passengers to the island. It isn’t every day we get to see such amazing views of five vessels all in port at the same time. It was all caught on video using a Dji Mavic Pro.

Are you ready to go cruising after watching these ships? Let us know in the comments below. 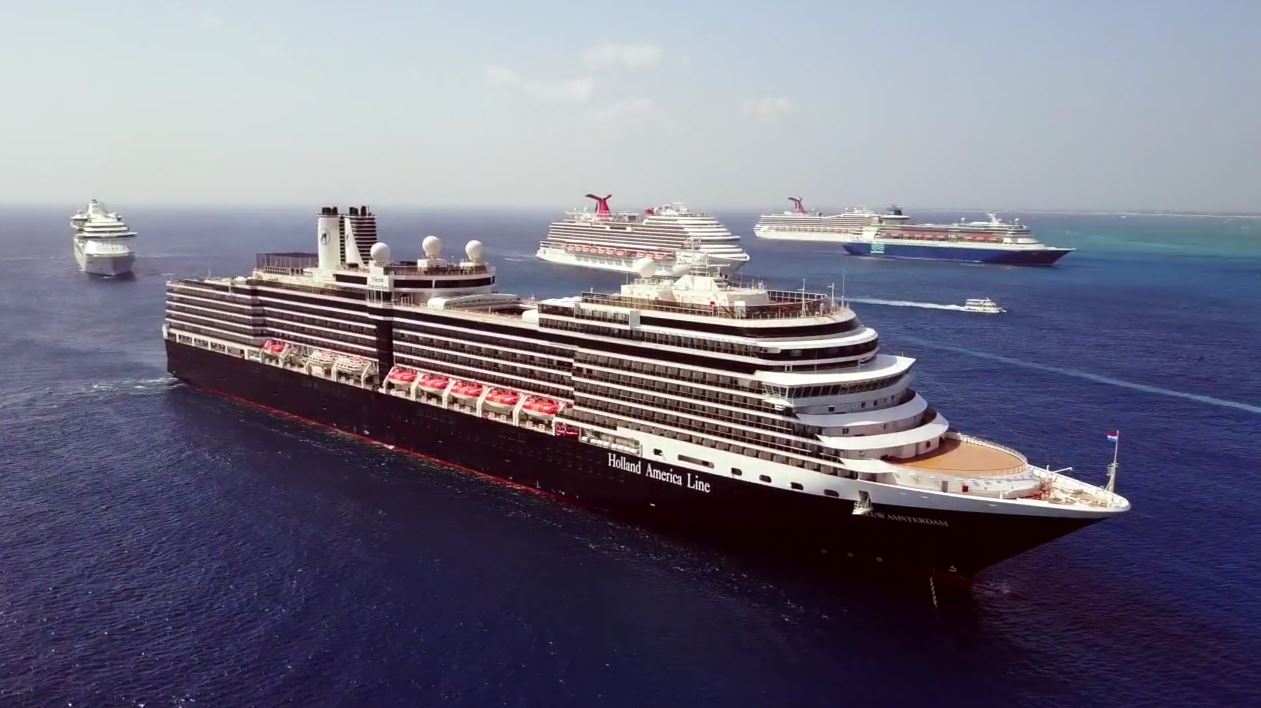