Two Holland America Line cruise ships are set to be sold by parent company the Carnival Corporation due to the impact of the suspension on operations.

UPDATE: Holland America has announced that four cruise ships are have been sold and are leaving the fleet, all the details are here.

The MS Maasdam and MS Veendam cruise ships which are currently operated by Carnival-owned Holland America Line are set to be sold. According to TradeWinds, the two ships are being sold to an unknown buyer and they are in preliminary agreements. They are not being scrapped and will likely be used for further sailing in the future.

According to the cruise ship tracker, both vessels are currently sailing together towards the Suez Canal and that is the destination the tracker is currently showing. Once they are through we’ll likely know where they are heading.

Why Are They Being Sold?

With the cruise industry being impacted heavily by the global health crisis operations have been on pause. Holland America has currently suspended cruises from the United Staes into October and for other regions including Vancouver and Hawaii for even longer.

With cruises not being able to sail, cruise lines are struggling to ride out the crisis and are needing to come up with cash to keep things going until cruises do eventually resume. As a result, parent company Carnival Corp is disposing of a total of 13 vessels across its nine brads and that includes Holland America Line.

We already know that Costa Victoria which was operated by Costa Cruises is being scrapped. The Oceana cruise ship has already been sold by P&O Cruises and Costa neoRomantica is apparently bring sold too according to reports.

Also, Carnival Fantasy is heading to the scrapyard after being stripped of all the important equipment in Curacao recently. The Fantasy-class vessel entered service in 1990 and has been on ship brokerage sites long before the pandemic hit.

Other non-Carnival lines have gone bankrupt due to the pandemic such as Spanish-based Pullmantur Cruises with its Royal Caribbean owned ships already with confirmed scrapping.

About the Holland America Cruise Ships

Both ships are currently the oldest in the fleet with MS Maasdam entering service in 1993 and MS Veendam in 1996. Massdam is 55,575 gross tons and has a guest capacity of 1,258 at double occupancy along with over 580 crew members.

Veendam is just slightly larger at 57,092 gross tons and a passenger capacity of 1,350 at double occupancy. The ship can also hold over 560 crew members but due to the suspension of operations both ships only have a limited number of the crew onboard for maintenance. 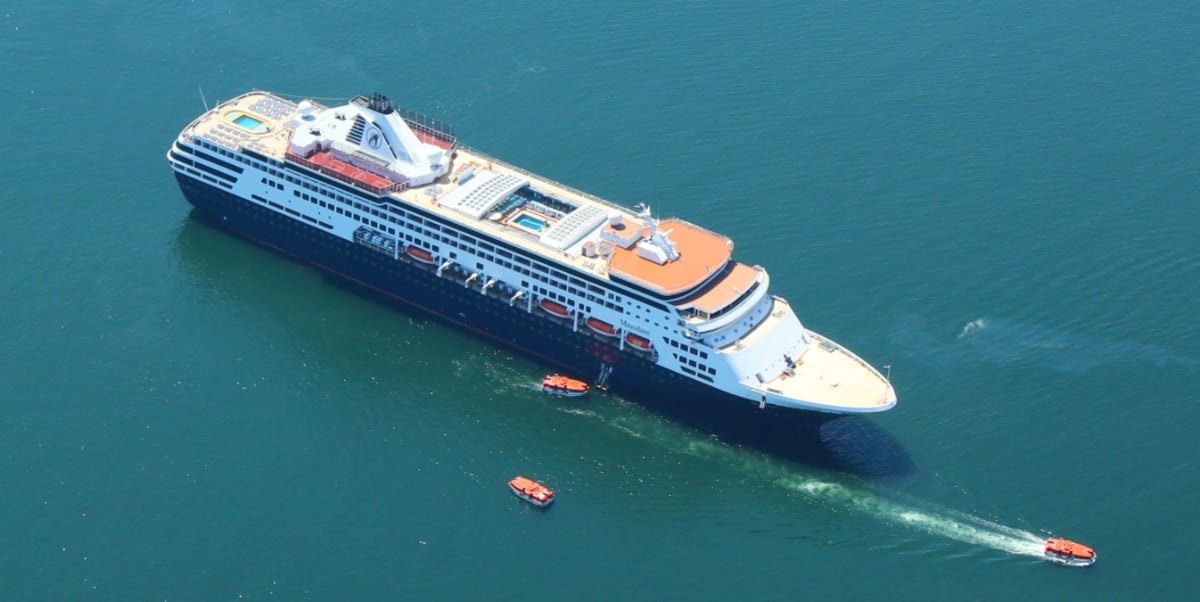