Holland America Line will continue the “Dancing with the Stars: At Sea” program in 2015/2016 due to its overwhelming popularity and success.

For the third year, the collaboration brings the excitement of ABC’s hit show “Dancing with the Stars” to all of the premium ships in the Holland America Line fleet. The program will culminate with the annual Champions Cruise competition on ms Nieuw Amsterdam’s Jan. 10, 2016, western Caribbean voyage.

“On every cruise throughout the year our ‘Dancing with the Stars: At Sea’ lessons are a huge draw and the competition to dance for the Champions Cruise is intense, which tells us we have a very successful and engaging program,” said Richard Meadows, Holland America Line’s executive vice president, sales, marketing and guest programs. “Dancing always has been a feature activity on our ships, and the partnership with ‘Dancing with the Stars’ has enabled us to provide guests with a very special and exclusive experience.”

“Dancing with the Stars: At Sea” Dance Competition for Guests

Beginning with cruises that depart on or after Sept. 21, 2014, and continuing with sailings departing throughNov. 24, 2015, every sailing on all 15 ships in the Holland America Line fleet will feature exclusive “Dancing with the Stars: At Sea” programming. Included are complimentary dance lessons with the ship’s dance pros and a dance competition that gives guests an opportunity to compete for a chance to represent their ship on the Champions Cruise.

Following preliminary rounds on each cruise finalists are paired with a Holland America Line dance professional to perform center stage in the ship’s main show lounge. A judging panel — ship officers, shipboard professional dancers and other cruise staff — will score participants’ performances and combine those scores with audience appreciation scores for a total tally to determine the winning guest. Judges onboard the theme cruises may also include some of the “Dancing with the Stars” dance pros or celebrities.

Winners of the guest competitions with the highest scores from each of Holland America Line’s ships will win a free ocean-view stateroom for two on the Champions Cruise to compete for the coveted Mirrorball Trophy and title of Holland America Line’s “Dancing with the Stars: At Sea” Champion. There will be one winner from each ship on the Champions Cruise sailing aboard Nieuw Amsterdam Jan. 10, 2016. 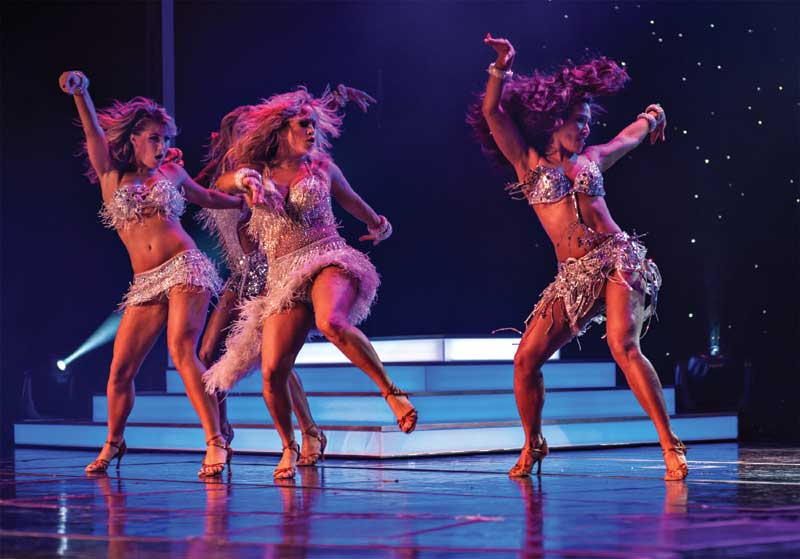