Holland America Line debuted its second “Countdown to Koningsdam” video with details about the ship’s inaugural season Europe and Caribbean itineraries. The video series was created to share product and construction updates as anticipation builds for ms Koningsdam delivery in April 2016.

So here is Episode 2:

“Fans keep asking for more Koningsdam details, and these short videos are a great way for us to communicate the latest updates and provide a glimpse into the ship’s progress. The newest video outlines the inaugural season itineraries which have been very popular. So for those interested in sailing on Koningsdam next year, we recommend booking now.”

Each “Countdown to Koningsdam” video features one of the ship’s officers or a Holland America Line executive who shares ongoing developments onboard the line’s newest vessel, currently being built at Fincantieri’s Marghera shipyard in Italy.

If you missed Episode 1 of the countdown series then don’t worry,we’ve got it here. 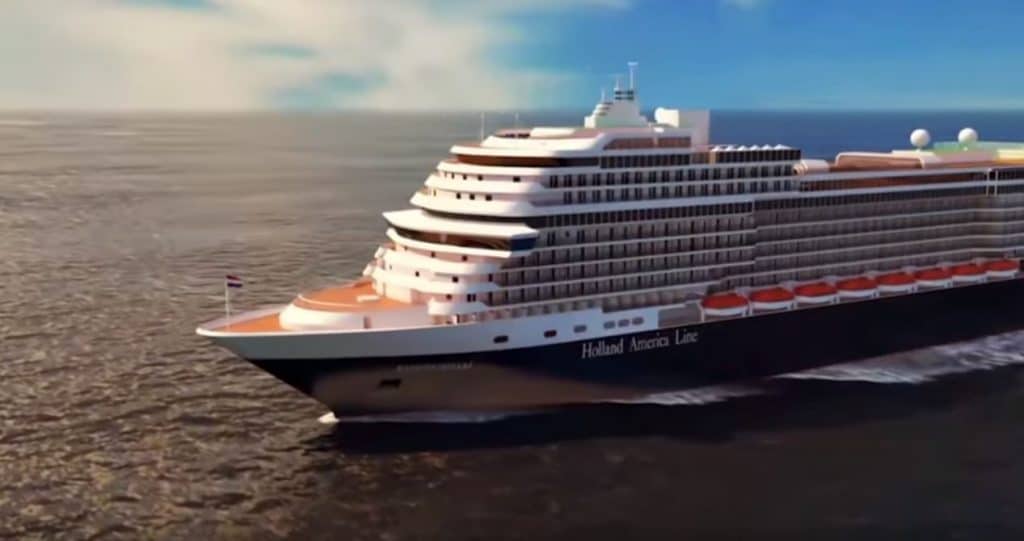