Holland America Line has cancelled a cruise for the Nieuw Amsterdam cruise ship so the ongoing propulsion issue can finally be fixed.

The Holland America cruise ship has been hit by propulsion issues recently and as a result, the cruise line will need to take the ship out of service for one sailing. The cruise in question will the February 1 departure from Fort Lauderdale, Florida. The vessel will head for the Grand Bahama Shipyard in Freeport, Bahamas so the azipod propulsion issues can be repaired.

The ship was originally scheduled to sail a 7-day Caribbean cruise including calls to Key West, Amber Cove, Grand Turk and the cruise line’s private island of Half Moon Cay in the Bahamas.

During the repair, one of the two azipod propulsion systems will be replaced which should bring Nieuw Amsterdam back to normal cruising speed with no impact on future cruises.

Holland America Line is working on getting guests re-booked on alternative sailings if they wish to do so. There is the option to move to any other sailing in 2020 which is in the Spring or Winter season and is a 7-day itinerary in the same stateroom category. The cruise will also need to be in the Caribbean or to Mexico.

Related: What You Should Know About Cruise Port Cancellations

Holland America Line has stated that the February 8 departure from Fort Lauderdale will go ahead as normal.

The ship was delivered in 2010 from Italian shipbuilder Fincantieri and she last underwent a dry dock in 2018. She has a gross tonnage of over 86,000 and a guest capacity of over 2,100 at double occupancy. 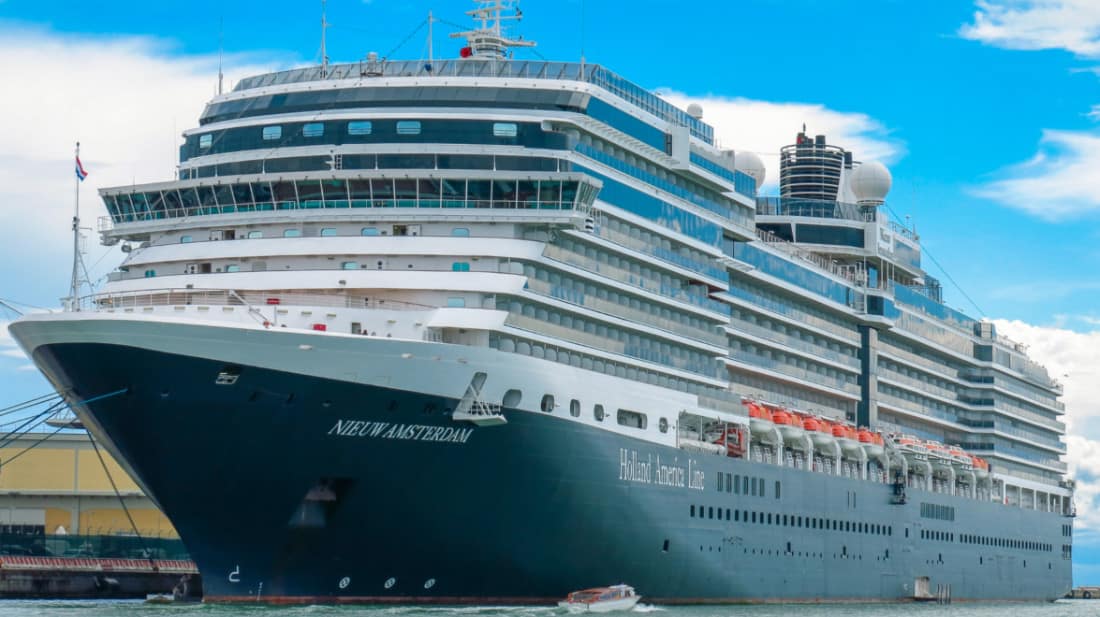