One of the biggest cruise ship events of the year took place on December 21 in PortMiami. MSC Seaside was named and it was all broadcast live which you can watch just in case you missed it.

MSC Seaside is the newest cruise ship in the MSC fleet and on December 21 it was officially named during a glitzy ceremony in PortMiami, Florida. The new vessel had arrived in Miami for the very first time in the Morning for the end of its transatlantic voyage from Europe.

“MSC Seaside’s naming embodies a pivotal moment for MSC Cruises and the industry overall. She is the first ship of the fifth new prototype that we have developed since we entered this industry only in 2003 and she introduces a wholly-innovative concept that has already set a new standard for the industry to follow. The distinctive and unique Seaside Class is designed to bring guests closer to the sea to enjoy cruising in warm weather whilst pushing the boundaries of maritime and guest-centric technology – the way only a cruise line with over 300 years of maritime tradition could have done.”

The naming ceremony was hosted by actor and popular American TV host Mario Lopez. The event featured performances from music superstar Ricky Martin and Andrea Bocelli. Hall of Fame quarterback Dan Marino also made a guest appearance at the MSC Seaside christening in Miami. As usual with new MSC cruise ships godmother to MSC Seaside Sophia Loren named the vessel and activated the smashing of the champagne bottle against its hull.

“MSC Seaside has been designed to spearhead the next phase of our growth in North America, a cornerstone of our global strategy. She will be one of three MSC Cruises’-ships to homeport in Miami – MSC Seaside, MSC Meraviglia and MSC Divina, one from each of our newest classes of ship. She marks our ambition to establish a significant presence in North America, after firmly rooting our position as number one cruise brand in Europe and having established a leading presence in other key cruise markets globally.”

After a short cruise, MSC Seaside will begin its regular service from Miami Florida on December 23, 2017. The new class ship for MSC Cruises will offer 7-day Eastern and Western Caribbean itineraries year-round from the cruise capital of the world. The ship is 153,516 gross tons and can carry 5,119 guests. 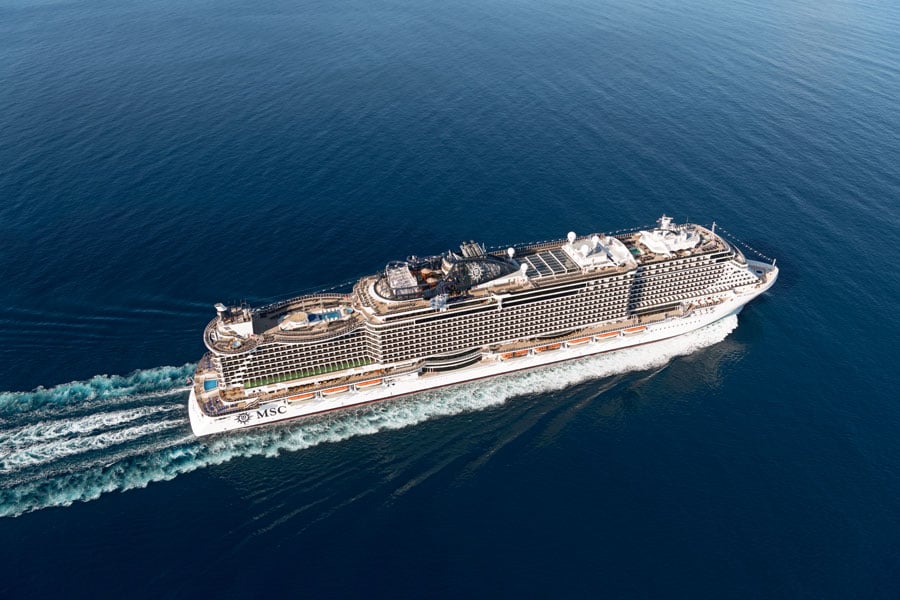