Harmony of the Seas Could Be Name of Third Oasis Ship

There is speculation hovering around of the new name of Royal Caribbeans third Oasis class cruise ship.

The vessel which is still under construction at the STX shipyard in St. Nazaire, France is set to makes its debut in April 2016. The name of the ship is yet to be officially revealed but apparently Captain Trym Selvag might have already accidentally revealed its name. the captain was hosting a Crown & Anchors event onboard Oasis of the Seas when he mentioned the name would be Harmony of the Seas. 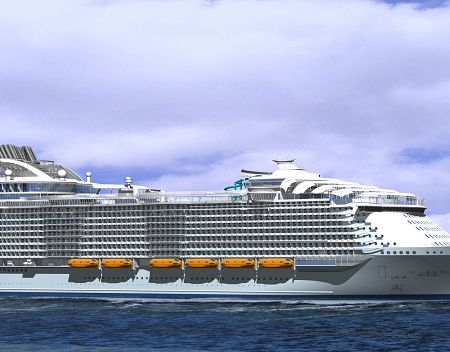