Guy’s Burger Joint which has become a popular dining venue on most of the Carnival ships got a special visit on Carnival Liberty. Guy Fieri himself stepped aboard the Carnival Liberty which it was docked in St. Maarten in the eastern Caribbean. Guy’s Burger Joint is located on the ships open deck next to the pool and offer guests tasty burgers with fries on the side. Passengers can also choose their own toppings.

When Guy was on the ship he spoke to crew members working at the venue and even went behind the counter. Carnival Liberty was the first ship in the fleet to get the new Burger restaurant in 2011 as part of the FUN 2.0 upgrades. 1,000 burgers are served each day totally free and even the crew members eat them when allowed on port days!

Carnival Liberty is 110,000 gross ton cruise ship and was sailing a 7-night Southern Caribbean cruise at the time. Guy’s Burger Joint was also voted as best Burger Venue At Sea in Cruise Hive’s 2015 Cruise Ship Awards. Have you ever eaten a Guy’s Burger? Let us know what you think in the comments below. 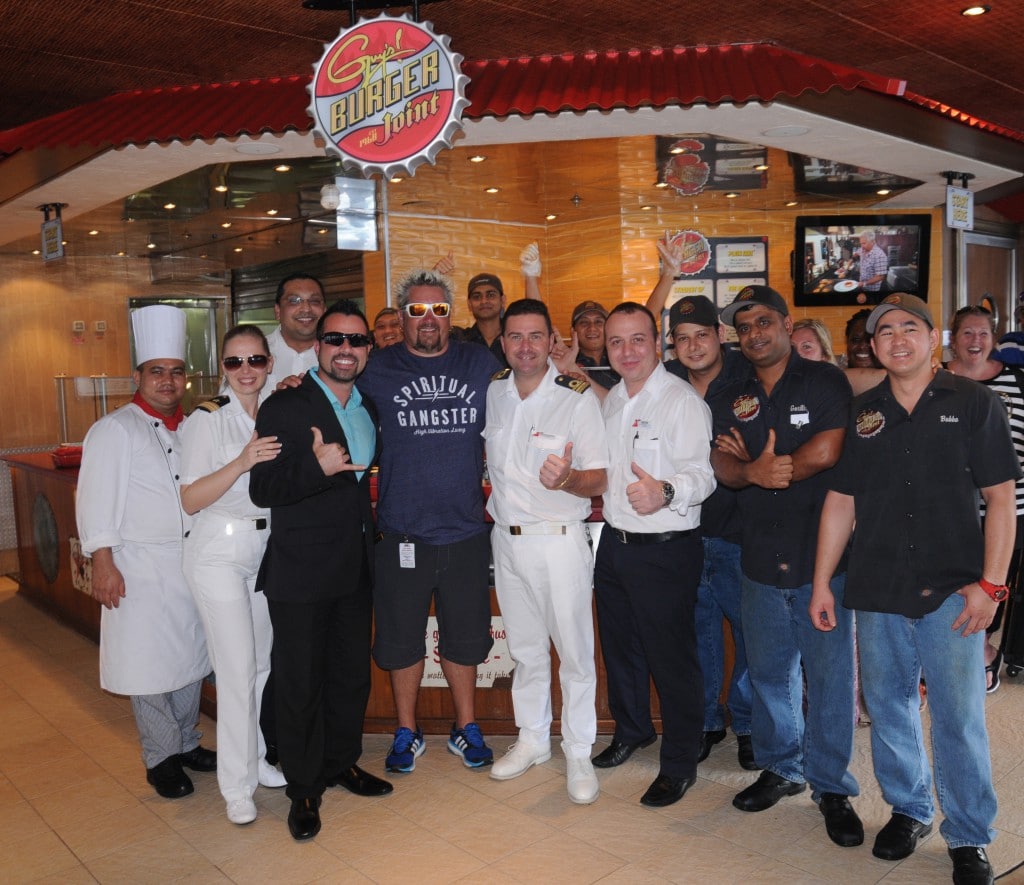