Celebrity Cruises is marking its 30th birthday by releasing a new video showcasing the major milestones in the past 30 years.
Read more
Aida Cruises

Aida Cruises and Costa Cruises have both announced an extension on its pause on cruise operations through all of July.
Read more
Bahamas Paradise Cruise Line

The busiest ports in the world are attracting as many as 4 million passengers in a year, but there are lesser known up-and-coming cruise hubs to look out for as well. One of these may be the Gulf. Costa Fortuna, the biggest ship in Italy’s Costa Cruises’ Arabian Gulf fleet, made its maiden entrance into the Zayed Port in Abu Dhabi in December, amid rising expectations that the Arabian cruise market is set to flourish.

The Costa Fortuna, which weighs 107,000 tonnes, anchored at Mina Zayed with just shy of 4,000 passengers where it docked for one day before setting off for the lesser known emirate island or Fujairah, the next stop on the Costa Fortuna’s week-long tour of the Arabian Gulf, which also included pit-stops in Dubai and Muscat, the capital of Oman.

A new partnership between Gulf countries on cruises

The development comes as interest in the Gulf as a cruise destination rises. Oman’s ministry of tourism, Dubai’s Department of Tourism and Commerce Marketing and Abu Dhabi Tourism and Culture Authority recently announced a new partnership through the Gulf Cooperation Council to raise the profile of the Gulf as a cruise destination. The Gulf countries are in the Arabian Sea, which is a region in the Indian Ocean, but it is sometimes overlooked as a possible destination for an Indian Ocean cruise holiday. The announcement coincided with the Cruise Gulf Road Show event, a road show, which toured the GCC countries Bahrain, Kuwait, Qatar and Saudi Arabia between November 25 and December 3. The goal of the event was to promote Gulf cruises, both in general and more specifically as a holiday option among locals. The event also intended to train regional travel trade agents in sales techniques. Cruise Line Costa and MSC were also present at the event.

Gulf countries are busy making infrastructural changes to accommodate an expansion of their cruise industries. For example, at the recent Seatrade Middle East Cruise Forum in Abu Dhabi, the Qatar Tourism Authority’s chairman Issa bin Mohamed al-Mohannadi announced plans to transform Doha’s port into a huge cruise terminal, which will feature a hotel, shopping center, restaurants and residential zone. Al-Mohannadi also said that the port would be a boost for the whole Gulf region’s tourism reputation and was a win for economic diversity, adding that the cruise sector had the potential to be a “pillar of growth.” The Qatar Tourism Authority chairman called on cruise operators to work with local tourism offices to encourage locals to consider Gulf cruise tours.

Dubai is likely to retain its crown as the center of the region’s cruise industry owing to its impressive facilities, including the Middle East’s biggest cruise facility, the Mina Rashid, which is being expanded as part of an improvement project over the 2013-2014 season. The new Mina Rachid Terminal will span 24,000 square meters, with capacity for 50,000 cars, 36 buses and 150 taxis. It will comprise a retail facility and a business center. Abu Dhabi is also updating its Mina Zayed port, and has set up a temporary terminal for cruises while the work is carried out. Abu Dhabi Ports Company (ADPC), which is overseeing the expansion said in a statement:

“We believe that our significant investment in improved facilities, additional security measures and improved direct access will enhance our visitors’ experience and increase Abu Dhabi’s appeal as an attractive destination.”

Expectations for the 2013-14 season seem healthy but will be down compared with last year, due to the cyclical nature of the cruise sector. Dubai Cruise Tourism has projected that 300,000 cruise passengers will visit over the season, compared with 408,000 the year before, but that the industry will expand in the long-term. Moreover, the number of ship calls at Abu Dhabi is down from 13 making 96 calls last year to 14 making 76 calls this year, although Abu Dhabi anticipates more passengers to visit overall due to the superior sizes of the ships visiting this season. The Abu Dhabi Tourism and Culture Authority anticipates that passenger levels will increase 13% compared with the year before. It is expected that the Zayed Port will attract 14 ships carrying 192,000 passengers making 76 arrivals by April 2014. 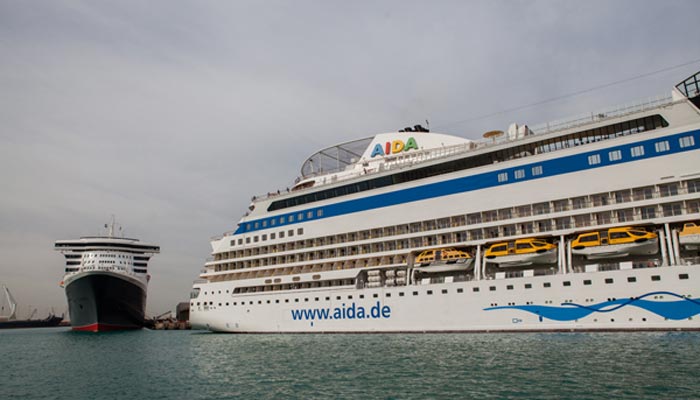