Grand Celebration Arriving And Docking At Port of Palm Beach

The Grand Celebration has been in the news a lot recently and to complete the reports on a high note here’s an outstanding video showing the historic vessel arriving and docking at Palm Beach Florida for its new service to the Bahamas and back.

The Grand Celebration has recently joined the newly formed Bahamas Paradise Cruise Line which has replaced Celebration Cruise Line. The cruise line went down hill ever since it’s only operating ship at the time ran aground at Freeport, Bahamas. this new cruise line is totally new but some key members of the company are from the previous cruise line. We’re not going to go too much in to detail because you can read all about what happened in our previous report.

In this video local news station WPTV News film the 47,300 ton ship as it arrives into port and as it docks. the footage is done from a Helicopter and showcases amazing views of the local area as the ship sails. We especially enjoy watching all the camera shots they try to get!

The ship made its debut back in 1987 and was named Celebration. The ship was operated by Carnival Cruise Line until it was transferred to Spanish based Ibero Cruises. When Ibero Cruises stopped operating the vessel was then purchased by the newly formed Bahamas paradise Cruise Line. 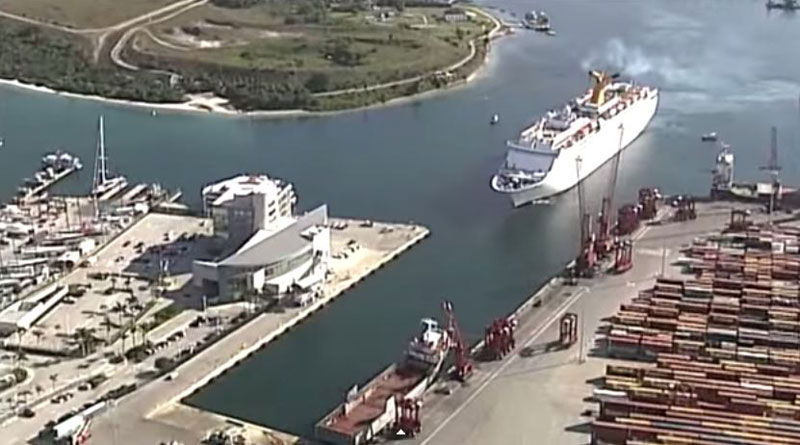