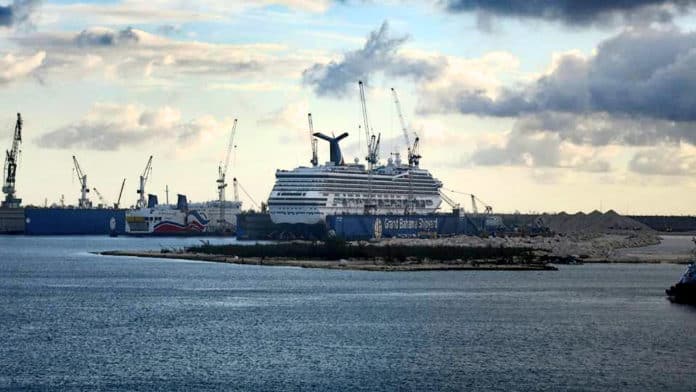 The popular Grand Bahama Shipyard dry dock facility in Freeport is officially back to normal operations after Hurricane Dorian pounded the island.

As of September 12, 2019, the Grand Bahama Shipyard located in Freeport, Bahamas is officially back open since Hurricane Dorian ripped through the island in early September. With operations now resuing it has already welcomed back the 57,062-ton Agathonissos owned by Greece-based Eletson. Repair work will resume on the commercial vessel from today.

The shipyard was not badly damaged by the Hurricane with only minor corrosion which does not impact the docking of ships. There is full power available and freshwater which is helping in feeding hundreds of workers each day at the cafeteria.

“It was extremely important to get up and running as quickly as possible and begin taking in vessels to help support the employees and families at the shipyard, along with economic contributions and rebounding activity for the island.”

“This is a significant sign of positive progress for the island, and we look forward to continuing our normal operations while also supporting the Bahamian recovery with direct support, including to island utilities, along with increased economic activity from our operations, and also from the industry’s collective efforts to support The Bahamas with immediate and long-term relief.”

The shipyard has also announced the scheduled arrival of Carnival Ecstasy on October 5 is on track. The Carnival cruise ships will begin a dry dock upgrade for the Miami-based cruise line which should be completed by October 16.

In total, the shipyard has 29 dry dockings for the remainder of the year and this is great news to keep the economy running the devastated Grand Bahama Island. The yard employees more than 600 people which will help them and their families recover.

Grand Bahama Shipyard is an important facility for major cruise lines such as Carnival and Royal Caribbean. Through each year their ships undergo major refurbishments at Freeport yard and its location near to major cruise ports in Florida makes it an important element which keeps the industry ticking along. 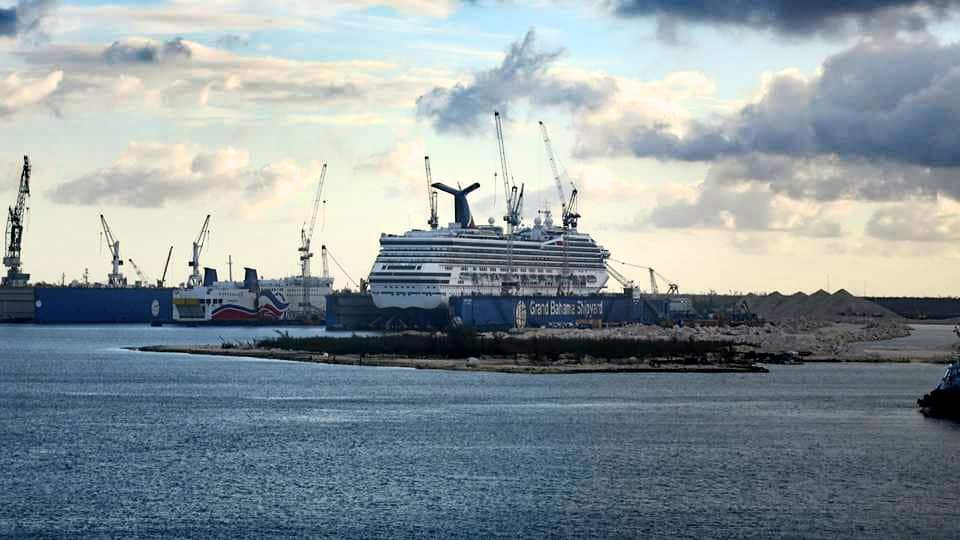