A giant steel glass roof has been lowered onto the new class mega ship for P&O Cruises named P&O Iona.

P&O Iona is a new class mega ship for British-based P&O Cruises and it’s giant steel and glass roof has been added while under construction at the Meyer Werft shipyard in Papenburg, Germany.

The roof which is called the “SkyDome” is an important part of the vessel and located mid-ship. A 750-ton crane was needed to lift the precious feature which is 105 tons in total. The SkyDome consists of 340 insulating glasses and 170 of those glasses are different formats with a maximum length of 3 meters. The dome has been designed by British engineers Eckersley O’Callaghan.

There will be more than 15 venues to eat at, eight specialty restaurants, 18 whirlpools, three main outside pools and a lot more. Where the SkyDome is located, there will be special shows taking place and time for guests to relax under the stars.

It is a very exciting time as the cruise ship comes together as one at the popular German shipyard. One of the major construction milestones to come will be the ship floating out onto the water as one for the very first time.

The huge new cruise ship will be based out of Southampton, UK and offer 7-day Norwegian Fjord cruises.

This news also follows the first powered LNG mega ship for Costa Cruises which construction has just officially started on. You can read about that right here. 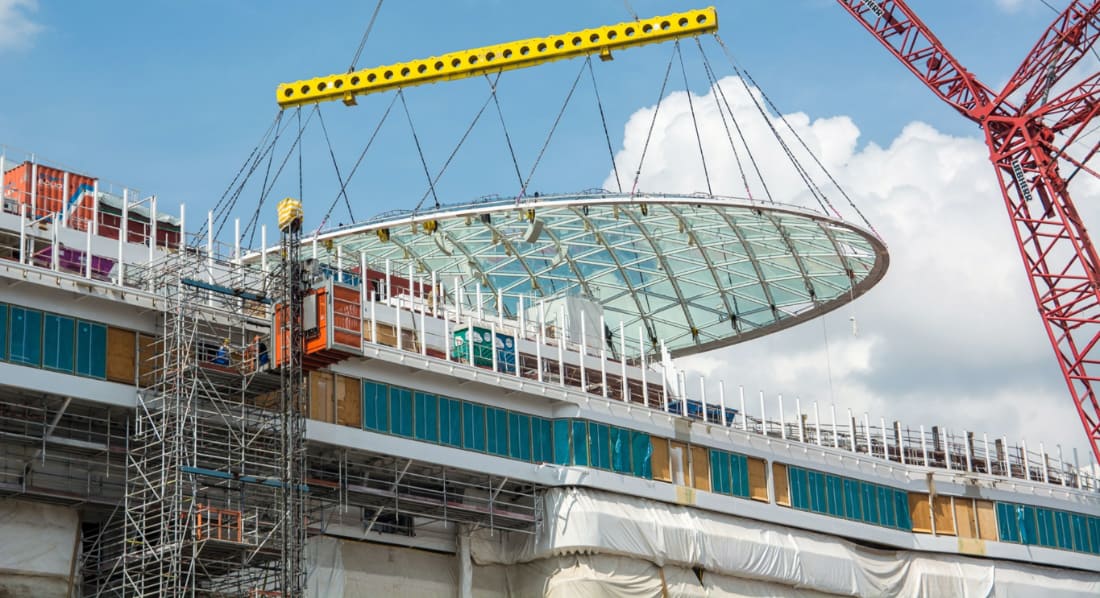