The giant LNG Costa Smeralda cruise ship which is owned by Carnival has celebrated her naming ceremony with godmother Penélope Cruz.

The new Costa cruise ship which is the first in her class for the Italian cruise line has finally celebrated her naming ceremony in Savona, Italy. The new ship which is powered by Liquified natural gas (LNG) was delivered by the Meyer Werft shipyard in December 2019 and now has officially been christened by godmother Penélope Cruz who performed ribbon-cutting duties along with the traditional champagne bottle smashing against the ship’s bow.

“It is a pleasure to officially welcome Costa Smeralda to our fleet. This ship is the perfect combination of Italian excellence, which is the key heritage of the Costa brand, and sustainable innovation, for an unforgettable vacation experience. As the market leader in Europe, we are committed to being the first to introduce environmental innovation and lead the way in sustainable cruising for the cruise industry. We were the first company to invest in LNG and we are currently working to develop other sustainable technologies such as battery storage, fuel cells and liquefied gas from renewable energy sources.”

There was a special gala cocktail event presented by Italian chef Bruno Barbier along with an acrobatic show produced by Viktor Klee staged in the Colosseo theatre located at the center of the ship and finally a grand fireworks display launched from a barge near the ship.

The Costa Group which is owned by the Carnival Corporation was the first cruise operator in the world to pioneer the advanced LNG propulsion system and has ordered a total of five new LNG-fueled ships, two of which – Costa Smeralda and AIDAnova – are already in service. They are part of the Costa Group’s fleet expansion plan, with a total of seven new ships slated for delivery by 2023 and an overall investment worth over €6 billion.

Costa Smeralda entered service on December 21, 2019. She is operating on a one-week itinerary in the Western Mediterranean with calls at Savona, Marseille, Barcelona, Palma de Mallorca, Civitavecchia/Rome and La Spezia. This summer, the new flagship will also be calling at Cagliari, while a stopover in Palermo is planned starting in winter 2021/22. 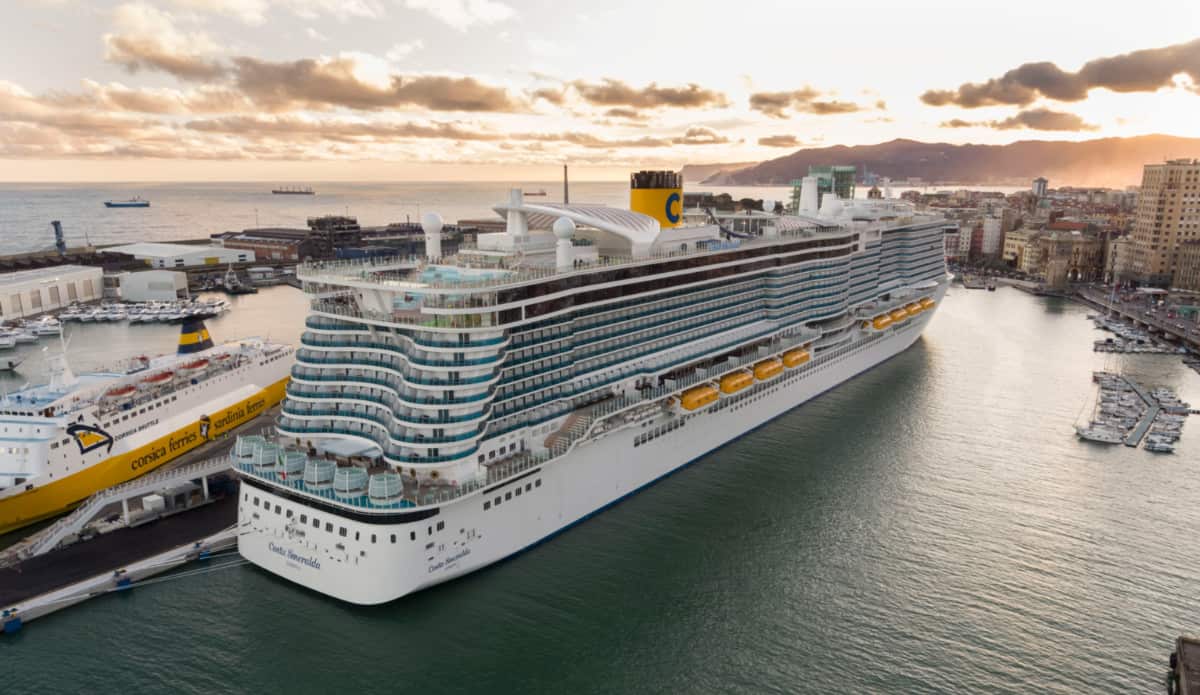