In recent days the German media has been reporting that Luxury cruise line company Crystal Cruises had made an agreement to purchase the MS Deutschland. Well now it seems this is not true and many sites are now taking back the reports.

One of the first sites to report the news was German site Schiffe-und-Kreuzfahrten and now the site has taken back the report. Apparently Crystal Cruises “was not amused” by the reports that even reached other cruise sources in other countries. The cruise line had no contract to purchaser the vessel or was intending to do so. Many thought that the purchase was connected to a Crystal Cruises announcement that is to be taking place today (5th Jan).

The MS Deutschland is still expected to be sold but just not to Crystal Cruises. The ship was originally built for German cruise line Peter Deilmann Cruises and was delivered in 1998. Since then the owner has had financial issues and the ship is being sold by a liquidator. The ship is currently awaiting its future in Gibraltar. MS Deutschland is 22,400 gross tons and can carry over 500 passengers. 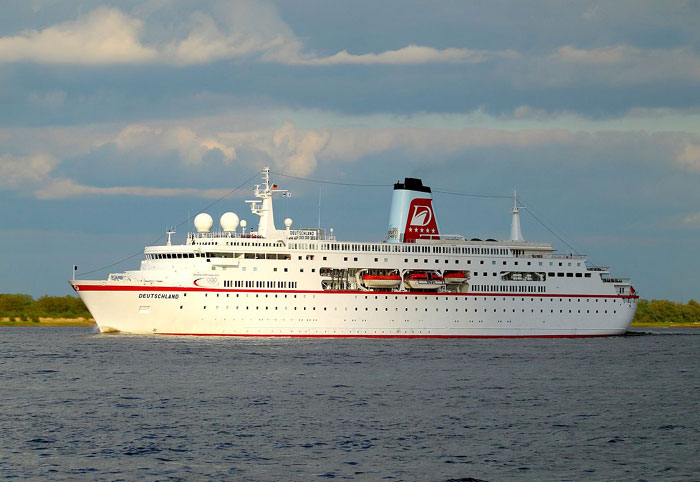