German Based Cruise Line Welcomes Its Largest Ever Ship

German based cruise line Aida Cruises has welcomed its largest and most advanced ship ever. Aidaprima was christened over the weekend in a breathtaking ceremony during the 827th Hamburg Port Anniversary.

Around 1.6 million people watched as the environmentally friendly ship was named. The new ship which was built in Japan is the first in the world with a dual-fuel engine that can be powered by Liquefied Natural Gas (LNG) while in port and at sea.

“The christening was an emotional moment for me – I’m very proud of our new ship, with AIDAprima and the next three new ships to be built for our line, we are once again charting new territory in the tourism industry, and we will continue to drive growth in the German cruise market.”

Several million people watched the festivities at the harbor, on television, online and on Facebook when the young actress Emma Schweiger christened the ship. A dazzling music and light show followed by brilliant fireworks turned the night sky over the Port of Hamburg’s festival promenade into a glittering sea of color. AIDAprima was accompanied for the occasion by another member of the fleet, AIDAaura, which was also part of the christening ceremony.

“We are thrilled to officially welcome such a beautiful and technologically advanced ship to our fleet, and it was only fitting that AIDAprima’s naming was celebrated with a show and ceremony as impressive as the ship itself,”

“This weekend marked another important milestone as we welcome four new ships to our fleet in 2016. Whether we are sailing our new or existing ships, our number one goal always remains the same – to do everything we can to make sure our guests have a great experience.”

The 124,100-ton vessel will be able to accommodate 3,300 passengers and will feature a variety of world-class entertainment, dining and shopping, as well as onboard activities.

AIDAprima is homeported in Hamburg, Germany, making AIDA Cruises the first cruise line to have a ship based in Germany year-round. AIDAprima began on April 30 the first of its all-season seven-day journeys through Western Europe including London, Paris, Brussels and Amsterdam. 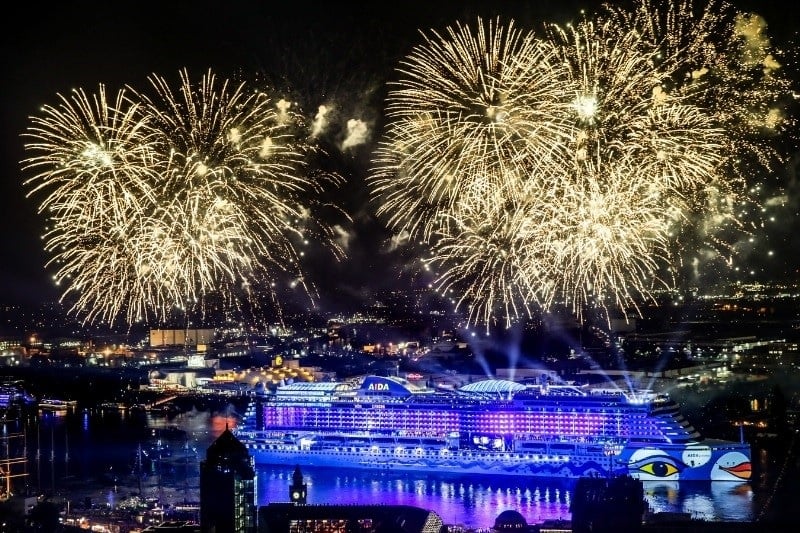