The cruise industry has been one of the fastest growing industries in the entire world over the last twenty years. According to FCCA research, the industry now caters for in excess of 16 million people every single year and in 2011, a staggering 19.1 million passengers boarded cruises. At a time when the tourism industry has been hit by the crisis facing the world’s economies, the popularity of cruises shows little to no sign of slowing down, with the latest statistics still showing year-on-year growth. Even the sinking of the Costa Concordia in 2012 did not have a significant impact on the popularity of cruise holidays. So what exactly does the future hold for the cruise industry and its customer base over the next twenty years?

First and foremost, despite the huge growth that has already taken place within the industry, this trend is still expected to continue over the course of the next decade. This is, at least in part, due to the way that demand is generated. Most industries are demand based and work by providing goods or services to meet an existing demand that is present amongst people. Under this system, the more demand there is for a good or service, the more of that good or service is created or provided to cope with the demand. However, the cruise industry works in a slightly different way.

As it outlined in a report entitled ‘The Geography of Transport Systems’, the cruise industry is supply based, rather than demand based, which goes some way towards explaning why it has been seemingly recession-proof over the last few years. Rather than expanding to meet an increase in demand, the industry builds more and more ships regardless, and “demand” is generated afterwards through marketing schemes and pricing strategies that attract customers. Essentially, ships are built and are then filled, rather than finding customers and building ships for them.

As a result, the industry has been able to essentially manufacture its own growth. Since 1980, the average yearly growth within the cruise industry has been 7.4% and this figure is expected to remain fairly consistently for the next decade and remain above 5% for the next twenty years. In addition, some experts have pinpointed opportunities for rapid growth in the Latin American and Russian markets before 2020.

Perhaps the most obvious change over the last twenty years or so has been the increase in the size of cruise ships. This is demonstrated by the fact that the the biggest 12 cruise ships in the world today have all been built since 2003, with the biggest, Royal Caribbean International’s ‘Allure of the Seas’ being built in 2011. Once again, this trend is only expected to continue in the coming years, with new ships being built all the time.

Right now, in excess of $15 billion is being spent on the creation of new cruise ships and there remains a constant competition to create bigger, more luxurious cruise liners in order to serve more customers and create more revenue. Although there are no known ships in production which are bigger than the ‘Allure of the Seas’, it seems inevitable that the size of that ship will be topped by 2020.

The overall prospects for the cruise industry look incredibly positive. Growth is expected to remain at almost double the rate of growth for the tourism industry in general and the size of cruise ships is expected to continue to increase. However, there remains one aspect of the industry that has caused concern in certain quarters.

The one area of the cruise industry which looks less positive is the staffing aspect. At present, based on 2012 statistics, it is estimated that there is an overall staff shortage of 60,000 people in the cruise industry and by 2020 it has been anticipated that cruise liners will require a further 250,000 employees in total. This presents an obvious problem, especially given that a career in the cruise industry often involves living at sea, which is not something that will appeal to everyone.

Based on the figures presented in a study published by the Cruise Lines International Association (CLIA) the cruise industry as a whole created 347,787 jobs in the U.S. alone in 2011. Further expansion of the cruise industry, including the implementation of bigger ships with more passengers, is inevitable given the growth within the industry and will lead to a need for further recruitment of staff in order to cope with the extra passengers and their needs. However, there are some fears that the industry may find it hard to attract enough staff to meet the increase in passengers in the coming years, especially given the unique nature of work on cruise ships. 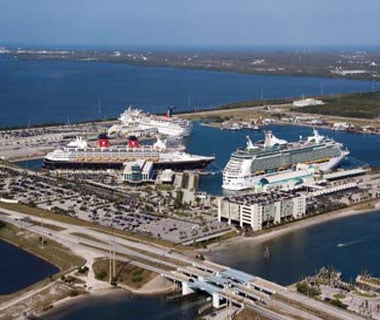