Future Carnival cruise ship which will soon begin construction is set to homeport from Port Canaveral, Florida. The 180,000 gross ton ship will be based from a newly planned Carnival Cruise Line terminal, a state-of-the-art facility able to handle the increase in passenger numbers.

The yet to be named ship for Carnival Cruise Line will be the largest ever built for the company at 180,000 gross tons. The cruise line and Port Canaveral in Florida has agreed on plans on a new modern terminal to cater for the future ship. This means that if all goes to plan the new generation ship will homeport at Port Canaveral.

Related: 10 Amazing Things to Do in Port Canaveral

The terms are to be laid out at a Canaveral Port meeting held on August 29 and if the green light is given then big things are coming to one of the most popular cruise ports in the world. Carnival will no doubt release more specific details about the new terminal facility at a later date.

“We are very excited about the prospects of homeporting our largest ship at Port Canaveral, a valued business partner for more than 25 years.”

“Easily accessible from all over the southeast with excellent facilities and friendly staff, Port Canaveral is one of our most popular and fastest-growing homeports.  This fantastic new ship, coupled with our future plans for Port Canaveral, will provide guests with an unparalleled seagoing vacation experience from the minute they arrive. ”

We do know more about the largest ever Carnival cruise ship, one of the most anticipated new ships to look forward to. This will be fully powered by Liquefied Natural Gas (LNG) and the first of a new class of ships for the cruise line. We already know the ship will be huge but also there will be a higher passenger capacity than any other ship in the world including Royal Caribbean’s oasis-class. The Carnival ship will have a capacity of at least 5,286, even more at maximum.

“The Port and Carnival Cruise Line have worked closely for decades building a successful partnership together. We are proud of our partners at Carnival and eager to begin this new chapter in our business relationship.”

“Carnival’s commitment to Port Canaveral demonstrates their confidence in our ability to support one of the world’s most successful cruise brands.  We’re excited and looking forward to having their largest and newest class of ship homeported here.”

Construction on the LNG ship will begin in November 2018 with a steel cutting ceremony at the Meyer Turku shipyard in Finland. The ship will likely sail Caribbean cruises from Port Canaveral after its debut in 2020. More details will be released on the new class Carnival ship and the new terminal in the future, do follow Cruise hive for all the latest developments.

Carnival Cruise Line has a close relationship with the Florida port. In fact, Carnival is the number one operated there carrying over 650,000 passengers annually. there are currently three year-round ships based out of the port and in October 2018 the Carnival Breeze will also homeport there to expand Carnival’s presence even further. 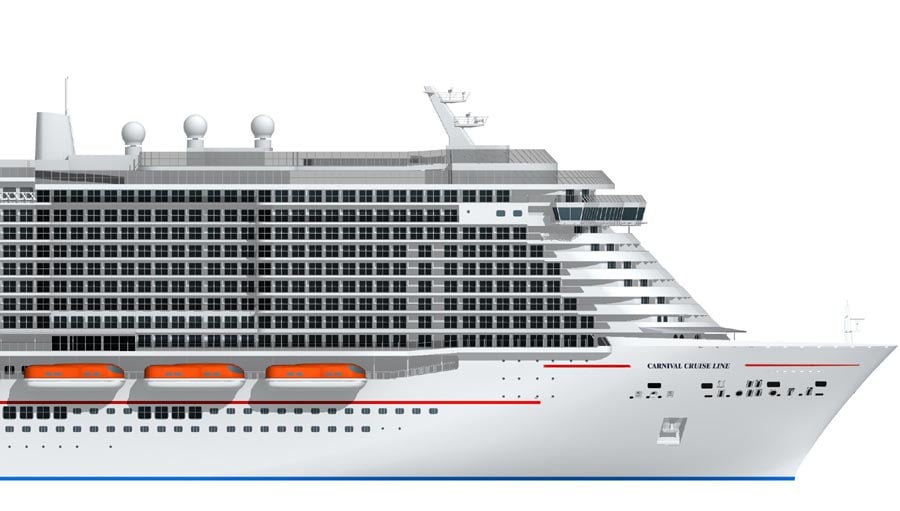