MSC Cruises has released a full virtual tour of MSC Seaside, one of the most anticipated new cruise ships of 2017.

MSC Seaside is one of the most anticipated new cruise ships of 2017 and the cruise line has released a full virtual tour of the new class cruise ship. We get to see all the main highlights of the vessel including the open decks and inside spaces. We’ve got less than 50 days until the brand new ship arrives! for now, why not take a virtual tour of what guests can enjoy while onboard.

MSC Seaside is currently in the final stages of construction at the Fincantieri, Monfalcone shipyard in Italy. The final touches are now underway and most of the work is now being done inside the vessel.

The new MSC cruise ship will depart on its maiden voyage from the Italian shipyard on December 1, 2017. This first cruise will be a transatlantic voyage which will end at its new year-round homeport in Miami, Florida on December 21, 2017. The ship will sail a special 2-day cruise before starting regular service. MSc Seaside will sail its first 7-day Caribbean cruise from PortMiami on December 23, 2017. This will be perfect timing for Christmas and will be extra special for MSC guests.

The naming ceremony for MSC Seaside will take place on December 21 when the ship arrives in Miami for the very first time. The ship will be christened by Sophia Loren and attended by American football legend Dan Marino.

At Cruise Hive we’ve been covering this new generation cruise ship a lot and a second identical vessel named MSC Seaview will be entering service in Summer 2018. MSC Seaside will be 154,000 gross tons and will carry 5,100 guests.

Highlights of the MSC Seaside include anew revolutionary new design or the fleet, unique ocean level promenade, interactive Aquapark at sea and the largest spa in the fleet. The vessel will is also part of MSC Cruise North America expansion and will showcase what the cruise line has on offer to the market. 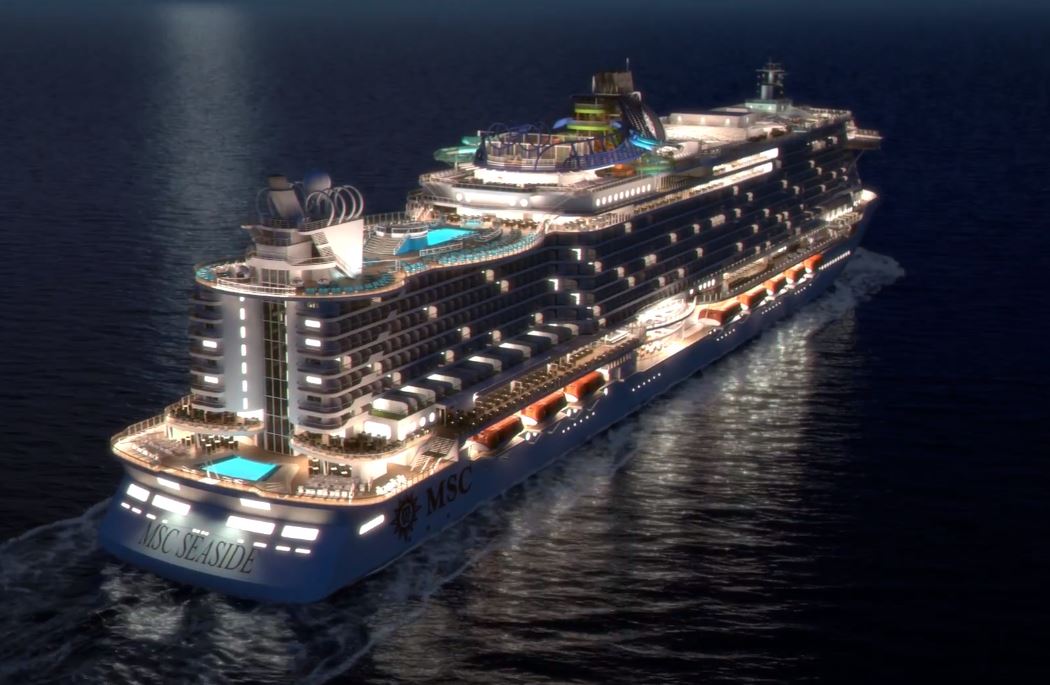