Freedom of the Seas Rescue of Cuban Refugees Captured on Video

Freedom of the Seas which is operated by Royal Caribbean has done a brilliant job of rescuing Cuban refugees.

The large cruise ship which was sailing a Caribbean cruise from Port Canaveral came to the rescue of seven Cuban Refugees while sailing near the Florida Keys. Local 10 which first reported on the news mentioned the Cubans were sailing on a small raft on Saturday and two trips had to be made by the ship’s rescue boat. The U.S. Coast Guard was also at the scene and keeping track of the operation from helicopter.

One passenger who was onboard the Royal Caribbean ship at the time caught all the action on camera from her stateroom. Desiree Stovall posted there were seven Cubans on the raft and the ship’s crew and Coast Guard coordinated the rescue which also included providing essential provisions. The passenger posted:

We were later informed that they had been out to sea for 10 days with nothing but small amounts of water and crackers. Overall, they were in good shape and eventually were released to the Coast Guard once they were treated, fed, and clothed.

You can watch part 1 of the rescue below where the Coast Guard helicopter and if you have good eyes a small raft can be spotted in the distance:

The footage continues below with part 2:

Here is a statement sent to Cruise Hive from Royal Caribbean:

Freedom of the Seas is 160,000 gross ton ship and can carry 3,634 passengers at double occupancy. During the rescue the ship was sailing a 7-night Western Caribbean cruise from Port Canaveral, Florida. The voyage arrived back at its home port on October 18. 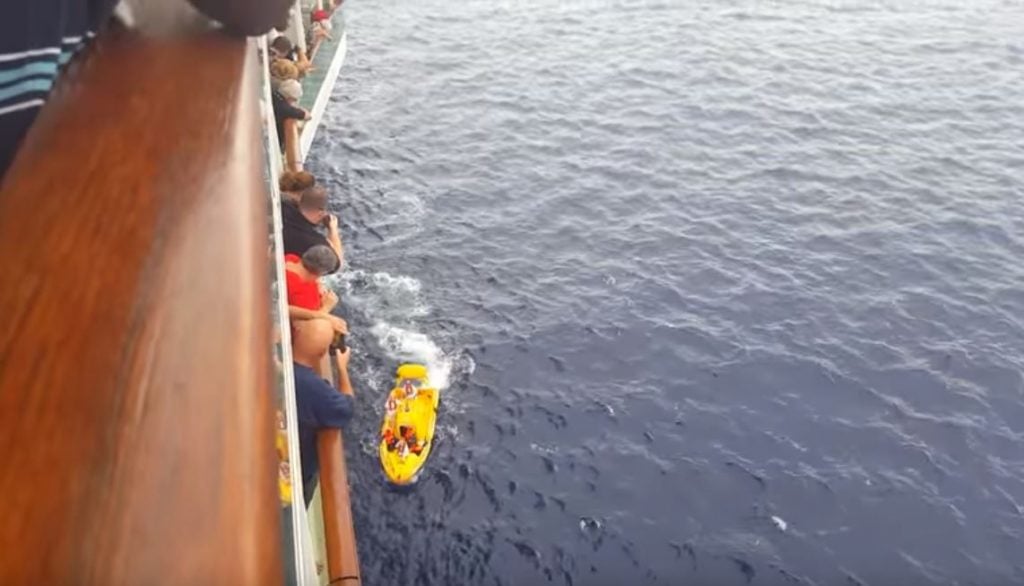