A milestone has been reached in the construction of the P&O Britannia with BBC Formula 1 presenter Suzi Perry turning on the huge engines for the very first time.

The four large engines were started by Suzi which makes sense as she’s used to loads of engines from the Formula 1 cars. She was already in Italy due to the weekends Italian Grand Prix where British driver Lewis Hamilton won.

P&O Britannia is currently at the Fincantieri shipyard in Malfacone, Italy where the 142,000 ton ship is being built just for the UK cruise market. The ship will be the largest ever built for the UK and will even show off the UK’s Union Jack flag on the bow.

The engines which Suzi turned on generate 63.4 Megawatts of power which is around 168 supercars. P&O Cruises has released some photos of the event which were taken by popular photographer James Morgan. James Morgan is the same person who took those famous photos of the Cunard captain standing in front of the QM2 earlier this year.

It was also just days ago when Carnival Chairman Micky Arison visited to inspect the ship. Then even weeks before that another visit from Celebrity chef James Martin. P&O Britannia will be completed by March 2015 where the vessel will sail its inaugural cruises in Europe. 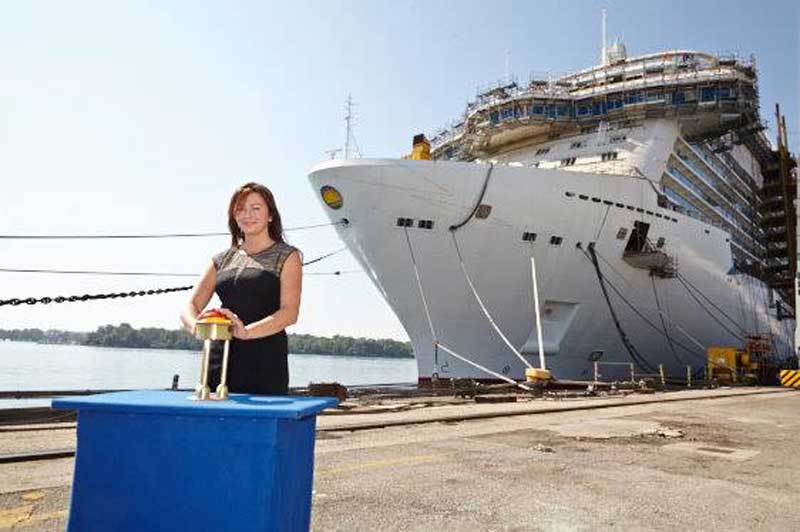