The Force Is With Disney Cruise Line, Star Wars Is Coming!

A new celebration of Star Wars and its iconic characters will come to the cruise line in 2016 but only on one cruise ship and for a limited time. Cruise Hive has long been hoping that some day there would be a Stars Wars feature at sea and now it;s actually going to happen.

The celebration will be held aboard the Disney Fantasy and will be known as a “Star Warts Day At Sea”. The new experience will be held on eight special sailings and will be an all day event. Expect to see all the popular hero’s and villains from the well-known brand that is owned by Disney after being purchased from Lucas Arts.

There will be plenty of fun and entertainment including a deck party, meet-and-greets with favorite characters, Star Wars-themed youth activities, unique food and beverage offerings, and special merchandise. The animated series called Star Wars Rebels will also be available for people to watch.

The youth onboard will play a major role as they can become young “Padawans” or “Younglings” and enjoy Jedi Academy training from an elite Jedi Night. Theres will be fun competitions and activities all types of cruisers as the ship will be overrun by Star Wars.

The deck party will have a fireworks display along with competitions and special stage show featuring all the characters. Special effects will light the deck up and make passengers feel like they are apart of the Star Wars Universe. 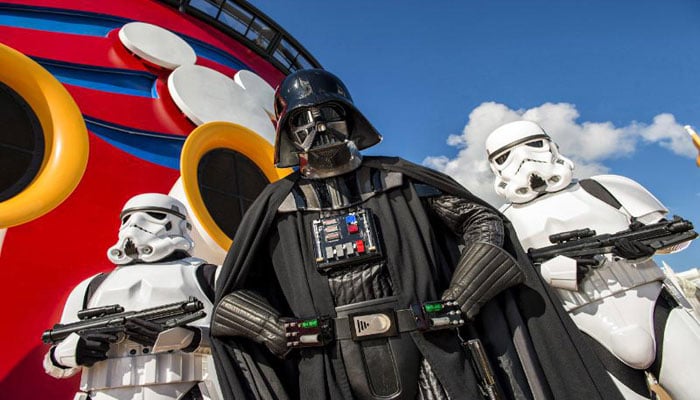