The Eastern Caribbean has been hard hit by Hurricane Irma and the popular cruise destination of St. Thomas has suffered major destruction.

The U.S. Coast Guard has released some new video footage of St. Thomas in the U.S. Virgin Islands. The video shows the devastation left behind after Hurricane Irma hit on Wednesday, September 6. other may cruise destinations were also hit and now facing years of rebuilding including, St Maarten, Grand Turk and another U.S Virgin Island of St. John.

The U.S. Coast Guard is on the island assessing damage and helping to restore order and services. Cruise lines have also activated humanitarian missions to the Caribbean island. Norwegian Sky already arrived at the island to help evacuate stranded tourists. Royal Caribbean cruise ships are delivering supplies to St. Thomas and helping evacuate travelers from the island back to the United States. Carnival Cruise Line is working with local authorities and also sending much-needed supplies to hard hit cruise destinations.

The main cruise port in St. Thomas has held up well and apparently is set to re-open so vessels can bring in supplies and begin the island recovery. For cruise ships, it would take longer to resume calls. The cruise lines will have to wait until services and port operations are up and running before taking passengers back there. Authorities will also have to make sure the island is safe from any damage and resorts, beaches and tour operators can operate which will take a while.

Our thoughts are with all those affected by Irma which at the time of hitting St. Thomas was a category 5 and among the largest Atlantic storms ever recorded. 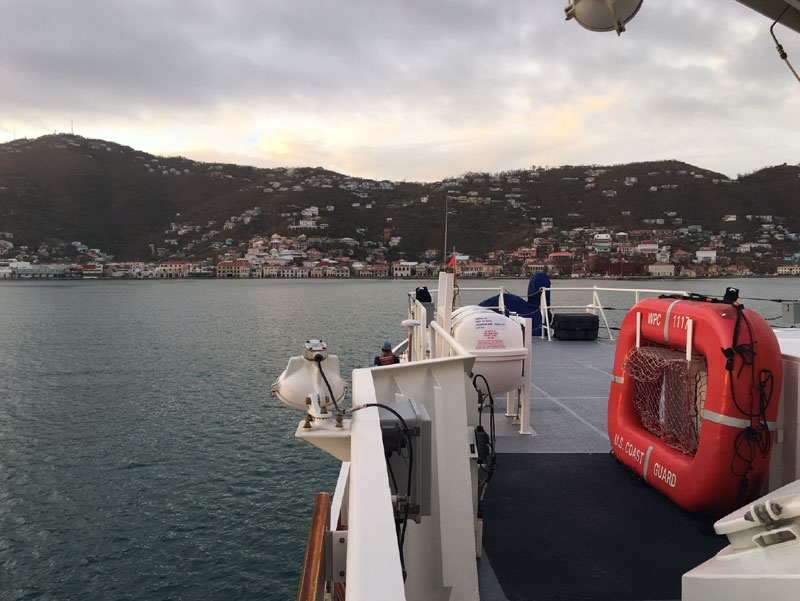