New footage has emerged of the hugely popular cruise destination of Key West in the Florida Keys.

New drive-through footage has been posted which shows the popular cruise destination of Key West just days ago. The drive through was done on the main Duval Street which was often full with thousands of cruise ship passengers and tourists. Famous bars and restaurants are usually packed when cruise ships call at Key West, a well-enjoyed port of call on itineraries.

Most structures seem to be standing and the damage caused by Hurricane Irma last weekend has caused major disruption in the Florida Keys. Other areas may have suffered more damage than Duval Street. Many cruisers will be glad to know how things look where many palm trees can be seen broken off and windows boarded up. There have been reports of major destruction and loss of services across the region.

Cruise ships are replacing their scheduled port of calls to Key West for now until services can be restored and recovery efforts can be completed. The Port of Key West is open but mainly for relief efforts. Royal Caribbean is also working with local authorities to send Empress of the Seas with much-needed supplies.

We do hope we’ll see this famous street in Key West busy once again and cruise ships docked bringing in thousands of passengers and helping the local economy thrive. 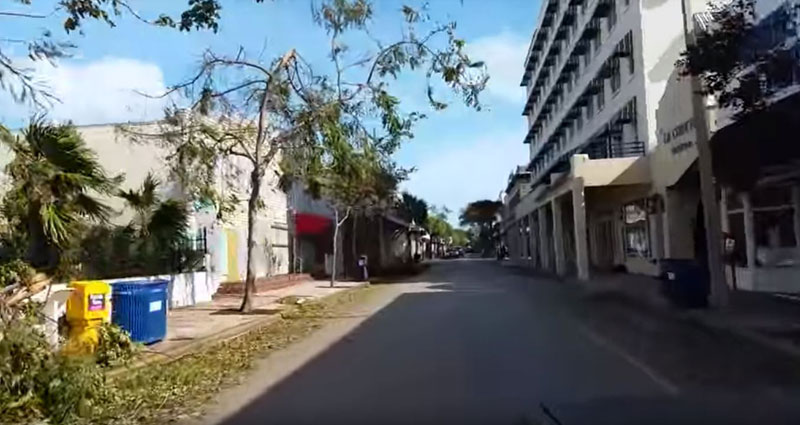