Norwegian Cruise Line’s Vanessa Picariello, senior director of public relations has confirmed with Cruise Hive that the new rule is just to stop guests from carrying plates full of food around the vessel. This can lead to messy walkways, especially outside staterooms. We can also confirm that drinks are not banned around the ship and drinks services will continue as normal. NCL has also reminded us that morning coffee and continental breakfast remain complimentary through room service as well.

Norwegian Cruise Line has banned food outside of dining venues and around the ship.

Norwegian Cruise line is the first cruise line to ban food around the ship. Vanessa Picariello, senior director of public relations first posted the announcement on the Cruise Critic message boards and has initiated a ton of responses online. below are a few responses that we’ve seen:

“It’s really stupid. I can’t see them reinforcing this. What if I’m full and want it in a doggy bag. Just wanted to pass along for information. We all know how guest services are always so helpful and right NOT” Geri

“This this this. Omg. Why would you take your leftovers? Should you happen to somehow get hungry between a giant lunch and a giant dinner, or after said giant dinner, there are so many places to get food it’s ridiculous. This boggles my brain that someone would bother with leftovers. Plus if you are not in a suite, I personally don’t want to eat in a tiny cabin, basically eating… where? on my bed? yuck. my personal guest is that if this really is a policy, then it is to stop rooms and hallways from getting gross and disgusting with left over food.”

Just something to ponder and weigh out….
I realize that many people have never, nor ever will want to do take out on a cruise ship. But this decision MIGHT ACTUALLY affect all of those people in some way or another regardless. The mega ships are notorious for having well over a thousand kids on any given sailing. Statistically, you will have kids act up at dinner. It’s bound to happen. Previously, courteous parents (and I believe, most parents are still courteous) would remove their children from the dining room so as not to disturb the surrounding diners. One parent takes the child out of the room, the other stays behind to have everything boxed up and they take the little darling back to their room and finish eating. Now? Thanks to NCL what choice do they have? They either have to go hungry or stay and let their kids ruin the meals of everyone else in the dining room. So, the next time someone has to listen to a screaming, obnoxious kid carrying on in the dining room, rather than glare at the parents expecting them to remove their child, place your anger on NCL because these parents have been truly forced into a corner unnecessarily. And when that child annoys you to the point that you no longer want to sit there and finish your meal, remember, you now have to leave hungry because NCL won’t let you take your dinner with you either. This is just a stupid new policy all the way around. It may not seem like it on the surface, but it’s different than many of the other new policy changes where you can like it or lump it. This one actually can affect other cruisers all the way around. Just food for thought

Passengers will no longer be able to take any leftovers back to their cabin or take food to their deck chair. often onboard guests can be seen carrying around trays of food around the ship that can often cause a mess in the public areas. We don’t yet know the full story of how NCL will control this but what we do know is that it will hit passengers in different ways.

this news comes after norwegian Cruise Line offered free dining at Asian restaurants and an increased service charge for room service. The cruise line has also announced an expanded freestyle choice promotion through the month of May.

Cruise Hive has reached out to NCL for details on no food outside of dining venues and will update this post once we know more. 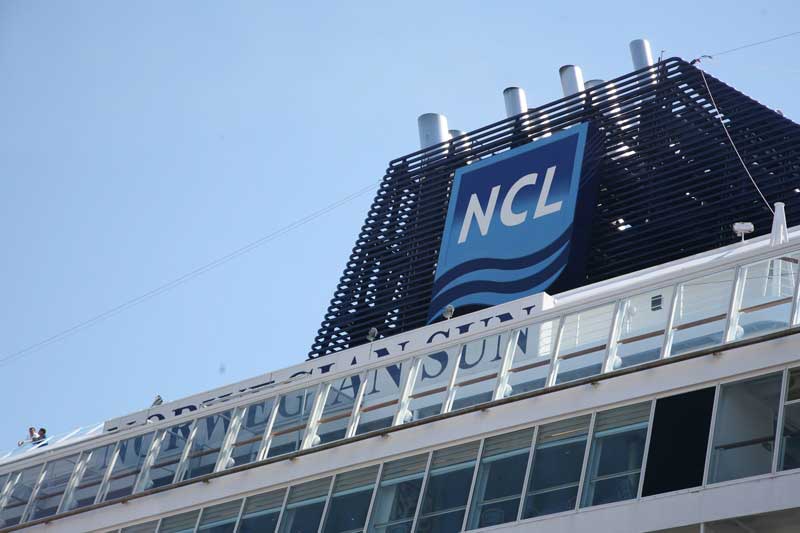