Holland America Line has announced that five of its cruise ships will sail Europe in 2021 including visits to Greenland.

From Greenland to Greece and Iceland to Israel, five Holland America Line ships are set to explore the cultural kaleidoscope of Europe in 2021. The brand’s collection of vessels crossing the pond includes Rotterdam, which is slated to debut at the height of the summer Europe season.

Joining the fleet’s new flagship will be Nieuw Statendam, Westerdam and Zuiderdam, putting two Pinnacle Class ships in the region. Zaandam heads to Europe on the popular “Voyage of the Vikings” itinerary in July.

“Our guests miss cruising as much as we do, and as we move closer to getting back to doing what we do best, we want everyone to feel confident in planning their European travel with us for next summer.”

“At Holland America Line, we are a community of passionate globetrotters. For anyone looking to go to Europe next summer and really connect with a variety of cultures, Holland America Line has put together the most diverse collection of itineraries that embraces the entire region.”

From April through November, the five ships will offer itineraries ranging from seven to 35 days, as well as longer Collectors’ Voyages up to 29 days. In addition to transatlantic crossings between Fort Lauderdale, Florida, and Europe, the ships will visit the Baltic, British Isles, French and Spanish rivieras, Iberian Peninsula, Mediterranean and Northern Europe including Greenland, Iceland, Norway and the North Cape.

Many of the cruises can be extended into Collectors’ Voyages ranging from 14 to 29 days, offering the ultimate European exploration. These artfully crafted longer journeys combine nonrepeating, back-to-back itineraries, enabling guests to visit more ports and spend extra time discovering centuries of art, history and culture.

Rotterdam sails a seven-day Premiere Voyage from Venice to Rome on Aug. 1, 2021, and then moves into a season of Northern Europe cruises roundtrip from Amsterdam. Through October, the ship will offer three seven-day itineraries to Norway, one 14-day Baltic cruise and one 14-day Norway, Iceland and British Isles sojourn. A transatlantic crossing completes the ship’s inaugural Europe season with a 14-day voyage from Amsterdam to Fort Lauderdale.

Nieuw Statendam cruises to Northern Europe and the Mediterranean

In addition to Rotterdam, Nieuw Statendam heads to Northern Europe in 2021. The ship will feature seven-day itineraries roundtrip from Amsterdam through August, along with a 14-day Voyage of the Midnight Sun cruise — placing two Pinnacle-Class ships in Northern Europe at the same time. In addition to Norway, Nieuw Statendam will sail to the Baltic and Northern Isles including Ireland, the U.K. and Iceland on 14-day itineraries.

Following its time in Northern Europe, Nieuw Statendam will move to the Mediterranean and cruise roundtrip from Civitavecchia (Rome) on 10-day itineraries to the western part of the region. The ship also offers singular seven-, nine- and 12-day cruises in the Med.

‘Voyage of the Vikings’ sets sail on Zaandam

The popular “Voyage of the Vikings” that traces the route of ancient explorers returns in 2021. The 35-day journey, departing July 17, cruises roundtrip from Boston on Zaandam. The epic itinerary calls at ports in the U.S., Canada, Greenland, Iceland, Norway, the Netherlands, Northern Ireland and Ireland, making it easy to visit Europe without international air travel. Two shorter segments from Boston to Rotterdam (16 days) or from Rotterdam to Boston (19 days) are available.

Holland America Line is placing two ships in the Mediterranean full-time for the season. The 2021 program will be anchored by Westerdam and Zuiderdam sailing a combination of longer 11- and 12-day cruises from Civitavecchia, Venice, Barcelona and Athens. The ships will visit popular ports like Istanbul; Mykonos, Greece; and Monte Carlo, Monaco; along with bucket-list jewels like Koper, Slovenia; Limassol, Cyprus; and Rijeka, Croatia.

Many of the itineraries have an overnight in Venice or Athens at the beginning or end of the cruise so guests have more time to experience all those cities have to offer.

From April through October, Westerdam offers an extensive season of 12-day Mediterranean cruises roundtrip from Venice or between Venice and Athens or Barcelona. Two seven-day itineraries with Saturday departures in July offer weeklong Greece and Turkey adventures, while a 12-day “Holy Land and Ancient Kingdoms” itinerary roundtrip from Venice in May charts a course for Haifa (Tel Aviv) and Ashdod (Jerusalem), Israel.

Zuiderdam‘s full Mediterranean season also includes cruises roundtrip from Venice or between Venice and Athens or Barcelona. The ship explores the Adriatic Sea, eastern and western Med, and Greek Isles on 12-day itineraries. 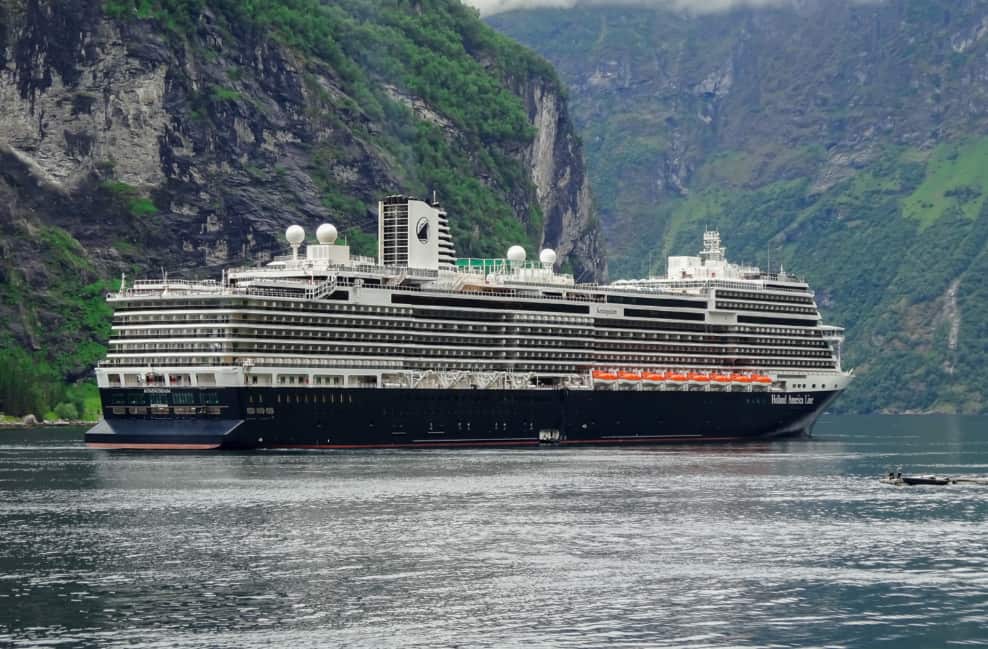