The first piece of steel has been cut for Asia’s Dream Cruises second new cruise ship. Construction has begun at the Meyer Werft shipyard in Papenburg, Germany.

World Dream will be the second of a brand new class of ship for the newly formed Dream Cruises, which is based in Asia. The first ship named Genting Dream is also under construction at Meyer Werft. Both vessels will be 151,000 gross tons, 325 meters in length, 39.7 meters in breadth and will reach a trail speed of around 23 knots. The first ship will be completed by the end of 2016 and the World Dream will be completed in fall 2017.

Colin Au, Advisor, Founding President and Chief Executive, Genting Hong Kong and Thatcher Brown, President, Dream Cruises, pushed together with Bernard Meyer, Managing Partner of Meyer Werft, the button of the plasma torch as the first plate of steel was cut by the plasma torch in the yard’s state of the art facility “laser center”.

The 3,300 passenger World Dream will be purpose-built for the Asian cruise market and among the largest in the world. The cruise line will reveal further details about both vessels over the coming months. 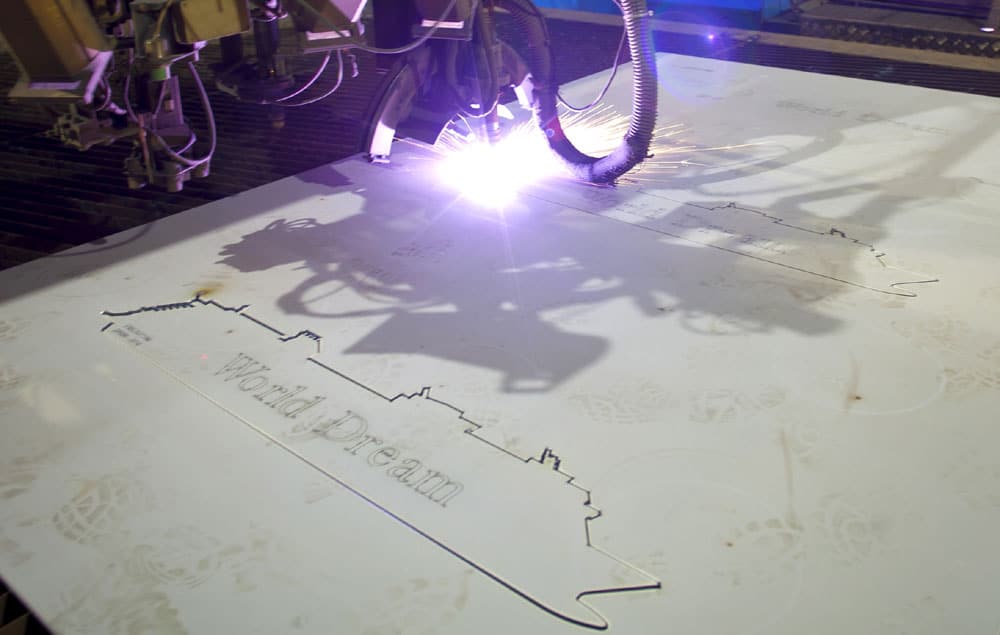